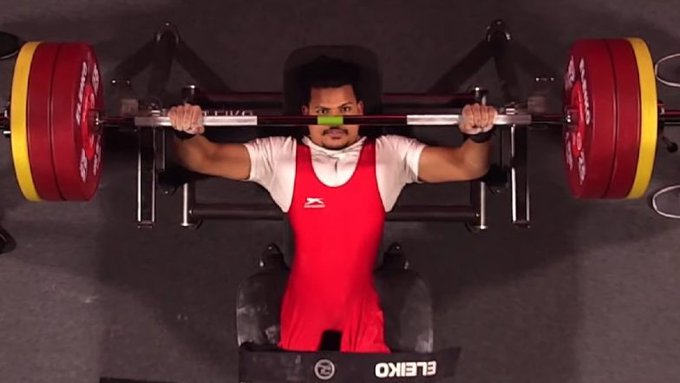 Parmjeet Kumar became the first Indian to win a medal in Para powerlifting at the World Championships in Tbilisi, Georgia on Sunday. He won the bronze medal in the men’s upto -49kg category.

The Indian lifter’s medal-winning effort was worth 158 kg and was significantly better than his registered personal best of 146kg. He couldn’t register a good lift in the first attempt, but pulled it off when he came back for round two. His third attempt was at 159kg, but he couldn’t get the green light for that. But his new Personal Best was enough to create a moment of history in Indian athletics. He has earlier won a bronze medal in the 49kg category at the 2018 Asian Para Games in Indonesia.

This one is four you, @ParalympicIndia. 🇮🇳

Parmjeet Kumar wins the 🥉 medal in the men's up to 49kg category with a good lift in the second round.#Tbilisi2021 | #ParaPowerlifting | @Paralympics pic.twitter.com/9RjVGVTmfL

Omar Shami Qarada of Egypt won the gold medal with an effort of 174kg that came in the final attempt, while Vietnam’s Van Cong Le won the silver with 170kg.

Kumar, 29 years old, began Para powerlifting in 2009 in Manipur and currently trains at the Sports Authority of Indian Centre in Gandhinagar. According to the athlete’s profile on the International Paralympic Committee, his impairment is a result of suffering from polio.

He made his international debut in 2015 at the Asian Championships.

Still just a teenager, Rishita Jain powerlifting her way up and expectations

Varun Dave: “They said I was too skinny and short as a kid... so with hard work and dedication I am a champion powerlifter now”

Powerlifter Dinesh Kumar: ‘My aim is to get placed at least once in National level’