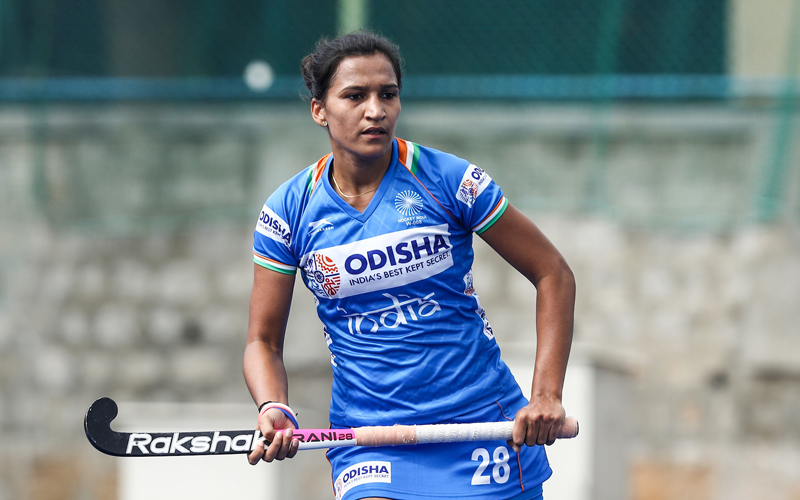 As the clock strikes 1800hrs in Argentina's capital city of Buenos Aires on Sunday evening 17 January 2021, the Indian Women's Hockey Team will become the first of India's hockey teams to resume international matches as they play their first of eight matches scheduled during their tour of Argentina. Looking forward to their first competition since the outbreak of the pandemic, Indian Women's Hockey team Captain Rani emphasized on the importance of having the tour.

"I think this tour is really important for us in terms of resuming competitive hockey. We have a crucial year to look forward to, and with such matches against strong sides, we will be able to keep working hard towards our goal of preparing well for the Tokyo Olympics," expressed the 26-year-old.

"It has been a strange period for sportspeople around the world, but to be resuming doing what we love the most, it is the best feeling. On behalf of my team, I would like to thank and highlight the efforts of both Hockey India and the Argentine federation for having organized this tour for us. We are looking forward to testing ourselves against some strong teams, and also understanding where we stand at the moment," added the skipper.

Having been awarded with the prestigious Khel Ratna Award in the past year, Rani also added that she intends to keep working hard for the nation, and hopes to start this important year on a positive note. "As they say, sport can bring a lot of joy to people across various spheres of life, and for me and my team, that puts a responsibility on our shoulders. We know what our aim is this year, and we want to make sure that we start the year in the perfect manner, put in some excellent performances, and build some momentum again," expressed the experienced Forward.

"However, we also understand and take into consideration that we haven't played an international match with the maximum intensity in these past 9-10 months, and that we might take time to get back into our groove, and that is what this tour is all about," stated Rani, whose team faces the Argentine Junior Women's Hockey Team on Sunday evening in the capital city.