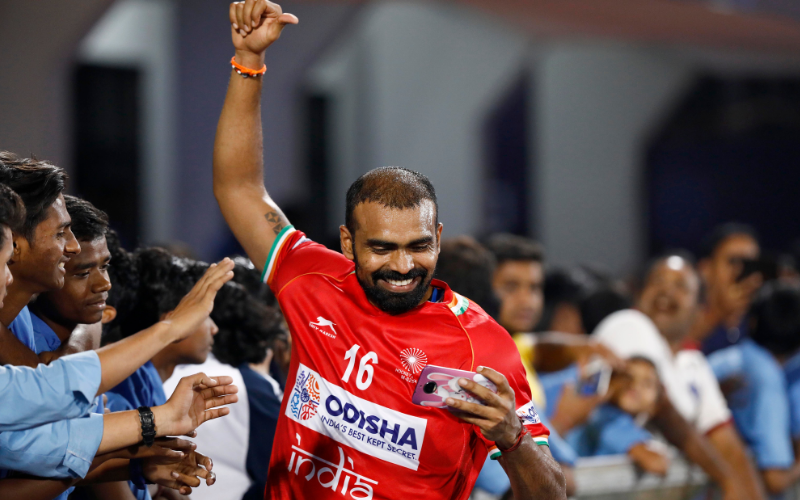 Sreejesh believes this is a great opportunity to test themselves physically, tactically and mentally after a gap of one year.

The Indian Men's Hockey Team, ranked No. 4 in the world, are all-set to take on world No. 6 Germany in the first of their 4-match tour to Europe scheduled to begin on 28 February 2021. Getting to play a competitive match after a gap of one year, the team is excited and upbeat to get into the match-groove says Tour Skipper PR Sreejesh.

"The entire team is very excited and eager to get on with the first match. It's been more than a year since we played a competitive match, and we are prepared for the challenge," expressed the ace Indian goalkeeper.

"It's been about five days since we arrived in Krefeld and the weather too has not been too cold. It was about 16-18 degrees when we practiced yesterday, and we are quite comfortable playing in this weather."

India last played in the FIH Hockey Pro League held in January and February last year where the team took on the Netherlands, Belgium and Australia on home ground in Bhubaneswar.  "Not playing competitive matches in over a year has been very difficult, mostly mentally than physically. But the coaching staff ensured the sessions during the National Camp were planned in such a way that it would excite us players and they tried to create an environment of competition in the group. Though we played a lot of matches internally over the past few months in SAI, the next few weeks in Europe will show exactly where we are at in terms of performance," Sreejesh said.

He further emphasized that this tour would help the team set the parameters for their Olympic preparation. "These matches against Germany and Great Britain are super important for our preparations. It is an opportunity to test ourselves tactically, physically and mentally. We are very lucky to be able to play against quality teams, despite the ongoing pandemic. This outing will help us set the parameter and enable us to plan our months leading up to the Olympics," he said.

In the context of playing Germany, Sreejesh said, "We have watched this team closely, analyzed their game and replicated how we must play against them during the past few weeks in camp. They play man-to-man and our style of play will be slightly tweaked in order to succeed against them. The whole idea is to implement what we have been doing in camp these past few months and the focus will be on ourselves."

Speaking about the challenges of playing in a bio-bubble, Sreejesh said, "There are no challenges in this regard. We are very used to being in a bio-bubble and also understand very well that the pandemic is still not over, and we need to be responsible. We have received very strict SOP for this tour, and we are following it to the T."

The Indian Men's Hockey Team will kickstart the proceedings on 28th February (Sunday) at 1730hrs IST.