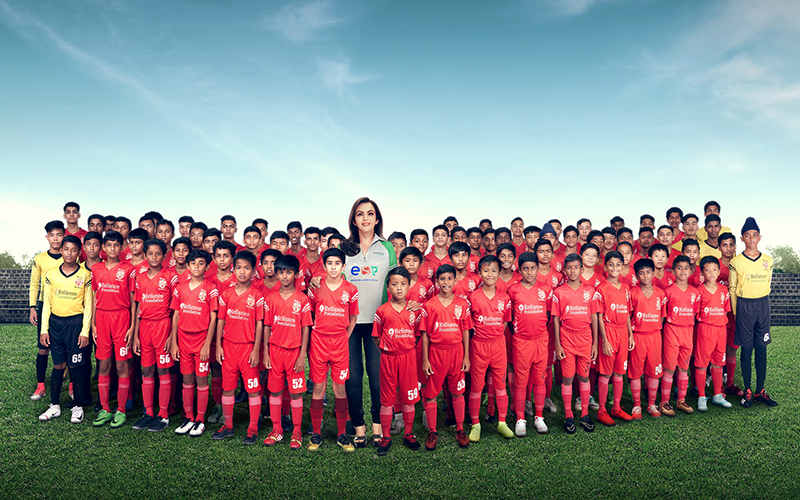 Chelsea, Manchester United and Southampton's under-14 teams will play against Indian Under-15 sides representing Bengaluru FC, FC Goa, and others in Mumbai.

The Premier League and the Hero Indian Super League (ISL) are bringing the second edition of the Youth Games to Mumbai starting on Monday 24 February. This year’s event, titled Next Generation Mumbai Cup, is supported by Star Sports and will see three Premier League Under 14 sides – Chelsea FC, Manchester United FC and Southampton FC - travel to India for the first time to play against three Under 15 Indian Youth sides: Bengaluru FC, FC Goa and the Reliance Foundation Young Champs academy. This competitive tournament will take place at Reliance Corporate Park, Navi Mumbai over five days alongside a varied programme of activities.

The Next Generation Mumbai Cup takes place during a week of activities dedicated to youth player development as part of the Premier League’s ongoing partnership with the ISL. Representatives from the Premier League, Chelsea FC, Manchester United FC and Southampton FC will work with 75 ISL coaches, local coaches and referees from across India to lead workshops, offer training and run development forums. The week will provide cultural and educational experiences for the 108 young players involved.

This tournament and surrounding events are just some of the ways the two leagues are working together as the Premier League and its clubs provide ongoing support to ISL clubs.

The Premier League supports the development of football in India at all levels of the game and has been working with the All India Football Federation for 11 years and the ISL for six years to encourage participation at a grassroots level, support the development of player pathways within academies and train coaches and referees. Through this collaborative work, the Premier League has helped train 5040 coaches and referees and engage 111,720 young people.

A new Mutual Cooperation Agreement between the ISL and Premier League will be signed to reaffirm the commitment by both organisations to continue to grow the game within schools and communities in India and to ensure continued professional development of ISL coaches, referees and young players.

Mrs Nita Ambani, Chairperson FSDL said: “I am delighted to see the Premier League’s continued and growing interest in our Indian Super League. Youth development has been at the core of ISL and we are excited that 2020 will see our first batch of Reliance Foundation Young Champs graduate into professional football. The journey we had envisaged in 2014 has taken a giant stride today, towards creating a viable football ecosystem in India.

I am sure our talented children from BFC, FC Goa, and RFYC will benefit immensely by playing with Chelsea FC, Manchester United FC and Southampton FC youth teams. I welcome all the visiting players and coaches to experience our country’s rich culture and warm hospitality, as we strengthen our bond through the ‘beautiful game'."

Premier League Chief Executive Richard Masters said: “We have an excellent longstanding relationship with the ISL and this week of activity will undoubtedly provide a fantastic opportunity for all young players and coaches involved. It is not just about the on-pitch activities but also the wider cultural and educational experiences, which are hugely beneficial to the players.

“Supporting youth development within ISL academies is an important part of the work we do to strengthen the growth of the game in India. This week enables us to build on our existing work with the ISL and provide workshops and knowledge exchange programmes to coaches and referees from across India.  We saw some very impressive young talent at last year’s tournament and I hope this year’s players enjoy the experience both on and off the pitch.”

Alan Shearer, who scored 260 goals in the Premier League playing for clubs including Blackburn Rovers and Newcastle United, will be meeting with players and coaches to offer expertise and support.

Alan Shearer said: “I am looking forward to returning to Mumbai and meeting the youth players and coaches participating in the tournament. I have seen first-hand the passion for football in India, not just by fans watching the game but also those participating – I was put through my paces by young players during my last trip to Mumbai. I wish all those taking part in the tournament good luck and I look forward to seeing the teams in action.”

Goa hope to stop run of draws as Odisha beckon

NorthEast vs FC Goa: The battle for fourth