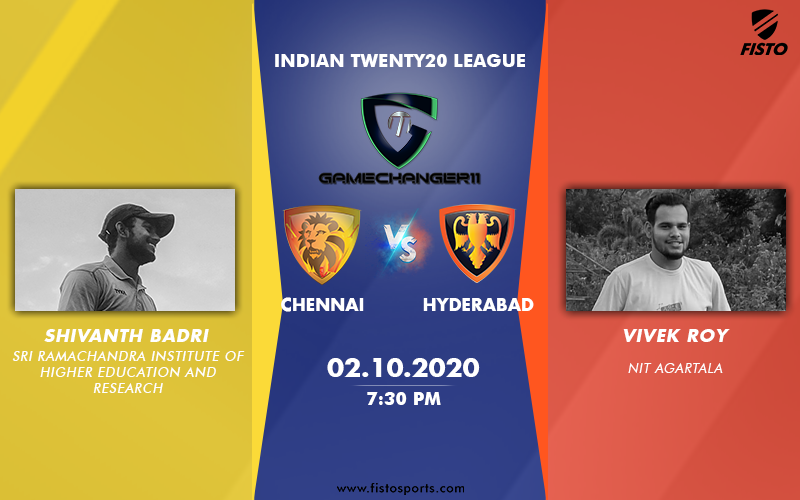 If there was ever a game where Stephen Fleming’s CSK could really announce themselves as a force to be reckoned with in the Indian Premier League, this is it.

CSK did not have their traditional good start in this year’s IPL. Their aged side struggled multiple times and their spinners looked ineffective in all the matches. They started with a win thanks to Ambati Rayudu and Faf du Plessis but an injury to Rayudu made their already weak batting line-up even weaker and resulted in them losing their next two matches. Du Plessis showed some good consistency and is currently leading the run-tally for CSK with 172 runs. But he is not getting the enough support from the other top order batsmen. Shane Watson is yet to be in full form and scored only 51 runs. Murali Vijay looked completely out of place, scoring just 32 runs with a strike rate of 74.41. Moreover, the youngster Ruturaj Gaikwad is not playing in his preferred opening spot due to Vijay. But with Rayudu being fit for tomorrow’s match, he may replace Vijay to bat at the top order. MS Dhoni also lacked the spark in the end overs. The ex-Indian captain scored 44 runs with an impressive strike rate of 141.93 but failed to take CSK twice during the chase.

The biggest worry for CSK bowling would be the form of Ravindra Jadeja. Jadeja has taken just two wickets in first three matches and also failed to contain the runs as he leaked more than 40 runs in all three matches. Piyush Chawla is also quite expensive but he has picked up four wickets till now. There is a chance that they may bring another spin cover in Imran Tahir but in that case, they have to drop Josh Hazlewood who bowled pretty well in the last match. CSK are also not getting the service of their key all-rounder Dwayne Bravo due to injury. However, his replacement Sam Curran has been one of the most impressive players for CSK till now. As a result, although Bravo is fit now, he may not necessarily return in the first eleven immediately. 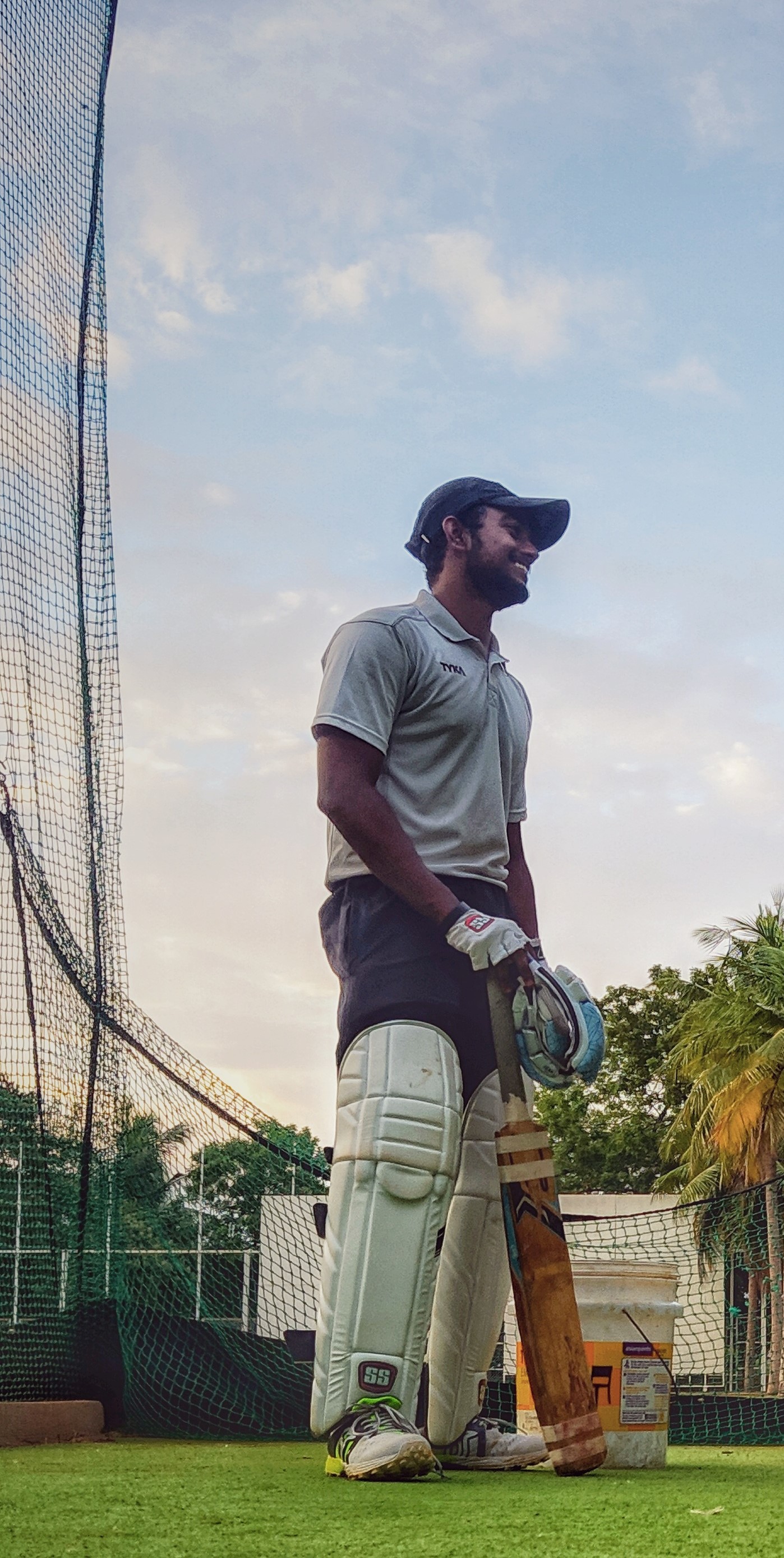 Stratergy / Opinion: CSK played a well thought opener game against Mumbai Indians to start their season but the games that followed showed CSK's woes.  The team management along with MSD experimenting to find their balance, lost two games against RR and DC (relatively younger sides).

CSK's bowling lacked quality and consistency and their batting lacked intent.  With the spinners giving freebies, openers failing to fire and the middle order crumbling, the big question is, can CSK pull their season back?

A few positive take away would be the consistent performance of Faf du Plessis, glimpses of form from Rayudu and Dhoni and few good bowling performances. With a week-long break before their next game, all we can hope for is that the team does their homework to find the balance as SRH would be coming off their first victory against a formerly unbeaten Delhi Capitals.

To win from a batting perspective, CSK need Watson and/or Rayudu to fire, Faf to anchor and the middle orders to take it from there to the end. From a bowling perspective, the spinners need to buckle up and slow it down for any chance of turn and to get the longer boundaries into play. The lighting at the Dubai Cricket stadium may prove problematic for fielders but they must get around it.

SRH started the tournament with back-to-back defeats but had an impressive showing in their third match to beat Delhi Capitals comfortably. They also had to deal with the injury of Mitchell Marsh who had to leave the IPL after the first match due to a serious ankle injury. In first two matches their batting looked completely dependent on top three consisting of David Warner, Jonny Bairstow and Manish Pandey with Kane Williamson being injured and their middle order full of young, untested Indian batsmen like Priyam Garg. However, the return of Williamson from the injury in the third match provided them much better balance and the innings Williamson played was key for them to set up a challenging target for DC. Warner had starts but still awaiting his first fifty on this year’s IPL. Bairstow also did not looked entirely comfortable in the slow pitches but tried to stick around with two half-centuries. They had given a chance to the exciting young prospect Abdul Samad in the last match and will continue with him, specially after the massive six he hit in his debut match.

Rashid Khan and Bhuvneshwar Kumar are their biggest stars, but they will be pleased by the display of some of the young Indian bowlers like Abhishek Sharma and T Natarajan. Young Sharma is their second spin option and bowled quite well in the limited chance he got. Against DC, he bowled four overs at a go and could restrict two dangerous left-hand batsmen like Shikhar Dhawan and Rishabh Pant. With pitches becoming slower, the form of Rashid and Sharma will be key factors for them. After couple of poor outing Bhuvneshwar Kumar also looked threatening in their last match. A good opening spell from the Indian swing bowler will be absolutely critical for them to push CSK on the backfoot from the beginning. Natarajan was a revelation for them. The TNPL star impressed all with his control and ability to bowl yorker at will. He completely dominated the Delhi Capitals batsmen in the middle order and ensured limited hitting ability through bowling at the perfect length.

SRH showed their strength in their batting and their death bowling in their previous match against Delhi Capitals. They will be trying their best to keep up that momentum against the 8th placed Chennai Super Kings. CSK is out of form, and SRH will be looking forward to spoiling their party.

The match between SRH and CSK will be taking place in Abu Dhabi, the biggest stadium of UAE. SRH will surely be looking forward to bat second as in the recent matches we witnessed an increase in Dew, making it difficult for the bowlers to bowl.

With a hope of continuing this good form of batting and bowling, SRH will like to contribute towards CSK's losing streak.

Key points to victory for SRH

• A good opening partnership from Warner and Bairstow

• Getting the big wicket of Faf du Plesis and Watson will ease their pressure.

• Chasing will be a better plan for SRH.

Key Players to watch out for

Faf du Plessis: The South African captain looked in good touch and should continue his impressive showing. With Rayudu back, he will get a solid partner in the middle order and this should help him to play even more freely in the coming matches.

Sam Curran: Curran was always their back up all-rounder option for an aging Dwayne Bravo. However, when the opportunity came, the England all-rounder grabbed it by both hands. He bowled with good pace to pick up five wickets and also played some quick-fire cameos and currently has a strike rate above 250.

David Warner: Warner is one of the most successful player and captain in IPL. He has already won the IPL once and there were quite a few instances of his inspiring captaincy was visible during the last match. A big innings should be round the corner for the southpaw.

Rashid Khan: Rashid is bowling beautifully for last two matches and got four wickets in the competition till now. In the middle overs he is playing the role of both attacking and containing spinner for SRH. Another good spell for him would be essential for another victory.

Captain/Vice Captain: In a good pitch any two of David Warner, Jonny Bairstow and Faf du Plessis can be good choice for captain or vice-captain

Grand League Captain: An allrounder like Sam Curran can be a perfect choice with potential to provide lots of points.

Can CSK get back to winning ways against SRH?