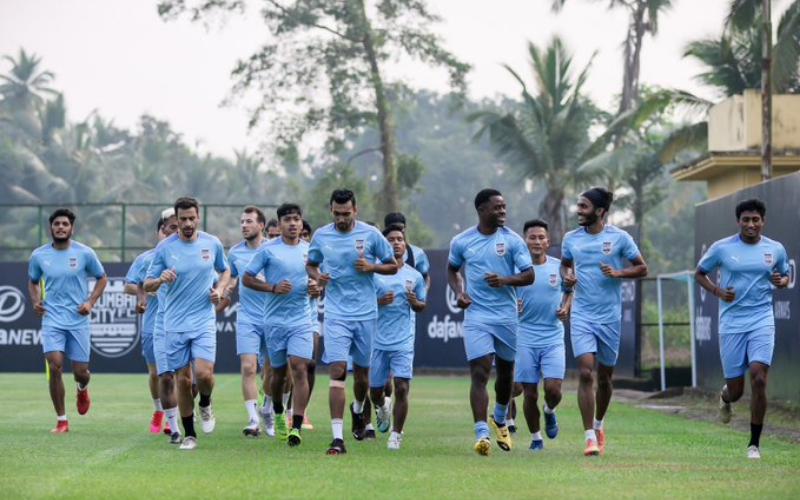 Preview – Mumbai City v NorthEast: Both sides ready for a change in fortunes

After a process of necessary abrasion and re-calibration, NorthEast United FC and Mumbai City FC will aim to change their fortunes in the Hero Indian Super League Season 7 as they clash at the Tilak Maidan in Vasco, Goa on Saturday.

The two sides, between them, have featured just thrice in the knockout stages so far. But this season, the two Spanish gaffers Gerard Nus and Sergio Lobera will go all out in the hope of changing the narrative. That both are exponents of attacking football means the fans are likely in for a treat.

After finishing ninth last season, NorthEast United have gone for an overhaul and have made a whopping 19 signings. The acquisition of good foreign recruits along with youthful Indian talent may just be what the Highlanders need to push them into the top half of the table. “We want to be competitive and strong. We want to be a team that fights and does not give up,” said NEUFC coach Gerard Nus.

Speaking to the media ahead of #NEUMCFC, Head Coach, @NusGerard praised the amazing support from the fans in pre-season and how it helps motivate the squad ahead of our new campaign. 💪🏻#StrongerAsOne pic.twitter.com/zL9invvLY8

The Highlanders have managed to qualify for the play-offs just once in the last six seasons and are currently on a 14-match winless streak (6 draws and 8 losses) from previous season. Their opening fixture of the new season wouldn’t be an easy affair. “We know about the strengths they (Mumbai) have assembled. We need to put more attention on ourselves and will take it one game at a time,” he added.

Meanwhile, Mumbai City will be looking for signs that they are ready to mount a sustained challenge for their first piece of silverware.

“This will be a difficult game. This will be the most competitive season as there are many good teams. I am working hard with my players. At the end of the season, our fans should be happy with our performances,” said Lobera, who was the backbone of FC Goa’s meteoric rise in ISL over last 3 years, but now wears the sky blue colours of Mumbai City.

“We play attacking football. In this scenario, it’s not easy working in such a short span. It’s a challenge and we need to adapt to different circumstances,” stated the 43-year-old, who credited the club and its owners City Football Group for providing the team with the best facilities in the bio-bubble.

Who will take the win? Can this be the season for Mumbai City & NorthEast ?