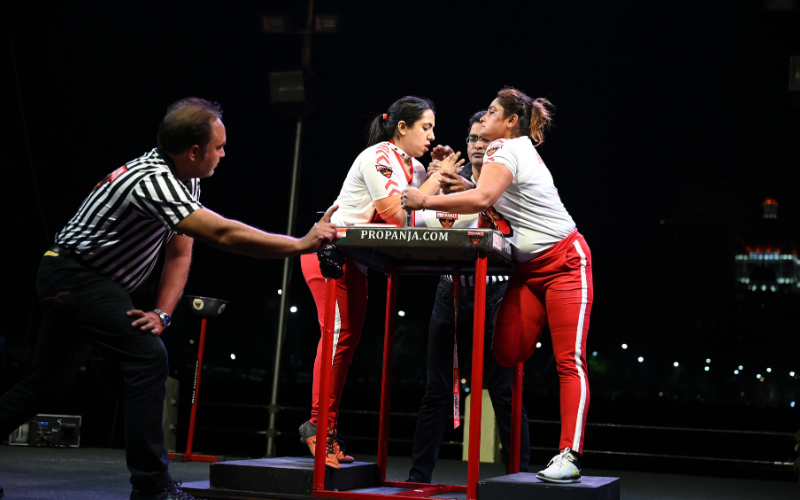 The first of its kind Arm Wrestling matches will take place just before the main event fight between Vijender Singh and Artysh Lopsan.

Swen Entertainment in partnership with IOS Sports and Entertainment is set to bring Asia's biggest Arm Wrestling tournament, The Pro Panja League to Goa on Friday, 19 March 2021. The Pro Panja Mega Matches-2 – will be held just before the main event fight between Vijender Singh and Artysh Lopsan on the rooftop of the Majestic Pride Casino Ship.

The Pro Panja Matches will be an absolute treat for sports fans as they will get a chance to watch some of the best arm wrestlers take on each other along with a professional boxing bout featuring Indian boxing sensation Vijender Singh.

Vijender Singh, who was present as a special guest for the inaugural season of the Pro Panja League which took place at the Thyagaraj Stadium in New Delhi in February 2020, said, "I hadn't seen anything of that magnitude done in the sport of Arm Wrestling. It's a highly entertaining and interesting sport. This is a new type of sport and there's a lot of potential in this sport. You can do this event in Punjab, Haryana, Rajasthan, Delhi and it will be a huge success. I had goosebumps watching the event and big credits to Parvin Bhai for his vision in taking the sport to this level."

The event will also feature the Under-65 kg Champ Chetna Sharma, who will take on second seed Parmpreet Kaur of Punjab who is fresh off a win over Delhi's Karishma Kapoor at Pro Panja Mega Match-1.

"I would personally like to thank Mr Neerav Tomar, head of IOS Sports, for always supporting us and to Vijender Singh Bhai for supporting us from the very beginning at Pro Panja League and also allowing us to have these two Pro Panja bouts on the Majestic Pride Casino Ship on March 19 during their fight. We are all looking forward to the fascinating Arm Wrestling contests and we hope that the arm wrestling fans across the country enjoy the matches as well," said Parvin Dabas, owner of Pro Panja League said.