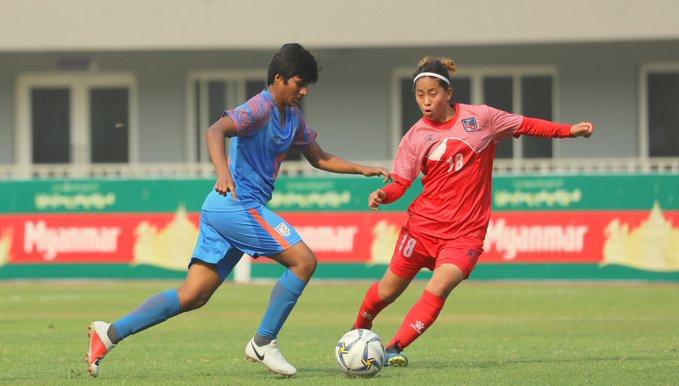 The Indian Women’s Football team is gaining from the experience of playing matches against quality opponents like Uzbekistan and Belarus, feels midfielder Indumathi Kathiresan, who has been named captain for the two aforementioned matches, that are set to take place in Uzbekistan.

Already training in Uzbekistan, the Indian Women’s Team will play against the hosts on April 5 and against Belarus on April 8.

“I’m really thankful that we got to train for so many months even during the Pandemic situation, in a safe manner. That really helped us a lot,” Indumathi said to the-aiff.com.

Ahead of the matches in Uzbekistan, India also played three friendlies in Turkey against quality opposition like Serbia, Russia, and Ukraine.

“We also got the opportunity to play three good matches in Turkey. We gave it our best in all the three matches, and gained a lot of experience against quality opponents,” she said. “Now that we are in Uzbekistan, we will look to carry on the same good work. We have a number of young, energetic players in the team.”

Having been named the captain of the side for the two friendlies in Uzbekistan, Indumathi described it as a ‘proud moment’.

“It is a proud moment to have been named the captain of the Indian team for these two matches. Sangita (Basfore) had captained the side earlier (in the three matches in Turkey), and she had done a great job to guide the youngsters,” said Indumathi. “It’s not an easy task, but I’ll try to do the best I can. I’ll try to motivate everyone, so that we all move forward together as a team.”