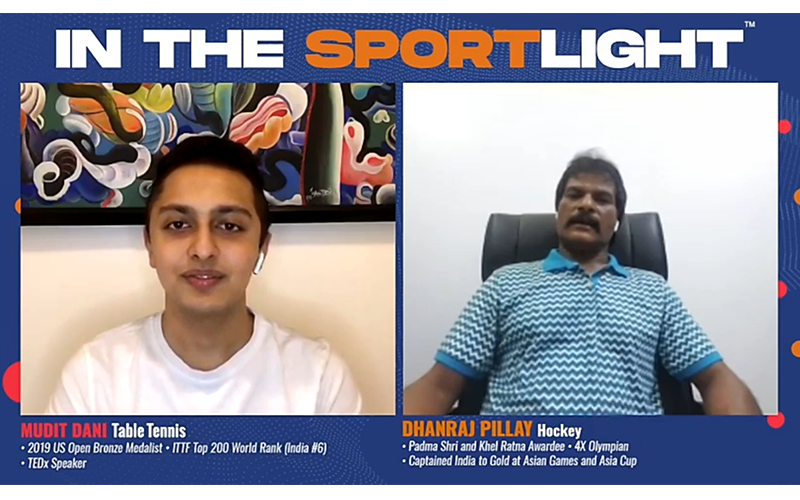 India's hockey icon Dhanraj Pillay believes the national women’s team has the ability to spring a surprise at the Tokyo Olympics; with Rani Rampal and Savita Punia touted to play important roles to guide the eves. The former India skipper expressed his strong opinion in conversation with Indian paddler Mudit Dani during the latter's live online chat show 'In The Sportlight'.

25-year-old Rani impressed greatly as she led India to the podium at the 2018 Asian Games and also guided the team to a spot at the Olympics for the second successive time. And goalkeeper Punia, who is one of the most experienced players in the team, has also played a crucial role in the qualifiers.

"We have one of the best captains in Rani. I think Rani and goalkeeper Savita can take the team to a podium finish. The team is working really hard, preparing for the Olympics and am confident of a good show," Pillay said.

The only Indian hockey player to have appeared in four Olympics, Pillay has guided the Men in Blue to victory on many occasions during his career including a gold medal at the 1998 Asian Games. The hockey veteran believes the sport has come a long way, especially when it comes to stamina and physical abilities, and thinks Indian hockey players can give tough competition to the best in the world.

"What hockey I played and what these players have been playing for the last 10-15 years, there is no match. The current players are playing based on their fitness abilities. Fitness has changed Indian hockey and also the players are very serious about their physique and endurance abilities. Today the Indian team can be compared with Australia or Netherlands or Germany. They can give a tough fight to any team in the world," said Pillay, who made 339 appearances for the country in his 15-year illustrious career.

In order to take the legacy of Indian hockey forward, the 52-year-old also suggested having a larger pool of players in the Indian camp which can provide opportunities to more players to showcase their skills and get into the national side.

Pillay, who has been coaching the hockey players in Gujarat since 2015, is quite happy with the progress of the state in the sports and is confident of seeing players from Gujarat representing the country at the next Olympic Games. “Sports Authority of Gujarat has given a platform to several athletes including several hockey players. I'm very much confident that my players will represent the country in future. There is a lot of potential in Gujarat. It is my dream that after the Tokyo Olympics one or two boys and girls from Gujarat should be in the Indian camp. When the build-up starts for the 2024 Olympics, I'm confident players trained under me will represent the country,” he concluded.