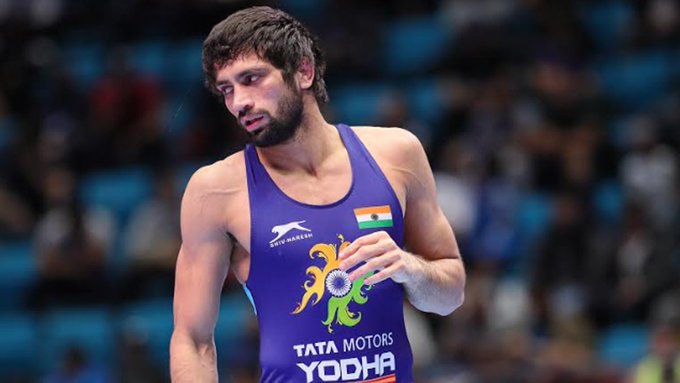 As soon as Ravi Dahiya's hands got near each other, you knew.

And as soon as Ravi locked up those hands in a killer cradle, you knew -- it was over.

He will now fight for gold against Abdullaev, whom he trounced easily in his opening bout.