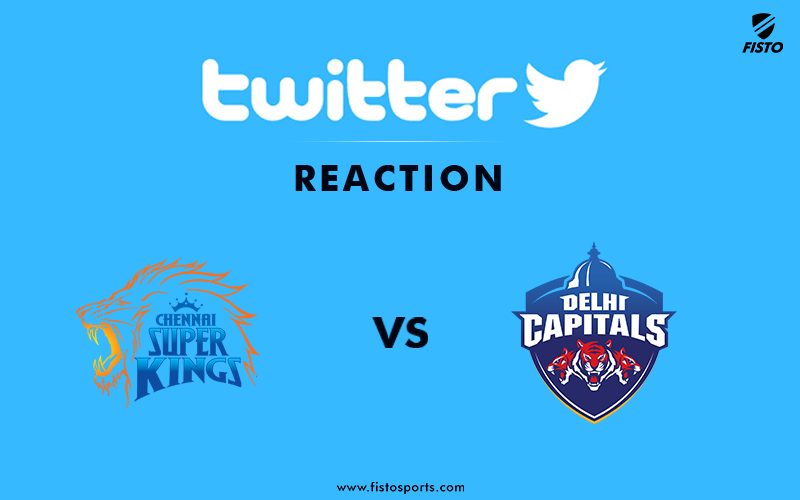 With two league wins in a row, Delhi Capitals have started the season in the best possible way.

Delhi Capitals racked up back-to-back wins in the IPL 2020 as they beat Chennai Super Kings by 44 runs in Dubai.

Prithvi Shaw top-scored with 64 and Kagiso Rabada starred with the ball by picking up three wickets for 26 runs as Delhi Capitals beat Chennai Super Kings by 44 runs in the match No.7 of Indian Premier League 2020 in Dubai. After being sent in to bat by MS Dhoni, DC scored 174 for 3. In reply CSK never quite looked like chasing the target as they were restricted to 131 for 7 in 20 overs.

On to the reaction

To all those people who say no one cares about them:
I had purchased my "DELHI DAREDEVILS" TSHIRT in 2017 and the next fucking year they became "DELHI CAPITALS", like wtf pic.twitter.com/UEqJb3C1G4

Is this the year of the underdog?

Feeling 2020 IPL will gives us new champions Delhi capital or Punjab. Two underdogs who gave best in both the matches.

They are calling it Delhi Capitals?

I thought it was Delhi Daredevils.

.@DelhiCapitals proved that they are extremely strong contenders for the cup after a very brilliant performance this evening. Glad to have been at the stadium for this win!! #YehHaiNayiDilli pic.twitter.com/mTjDLOo26T