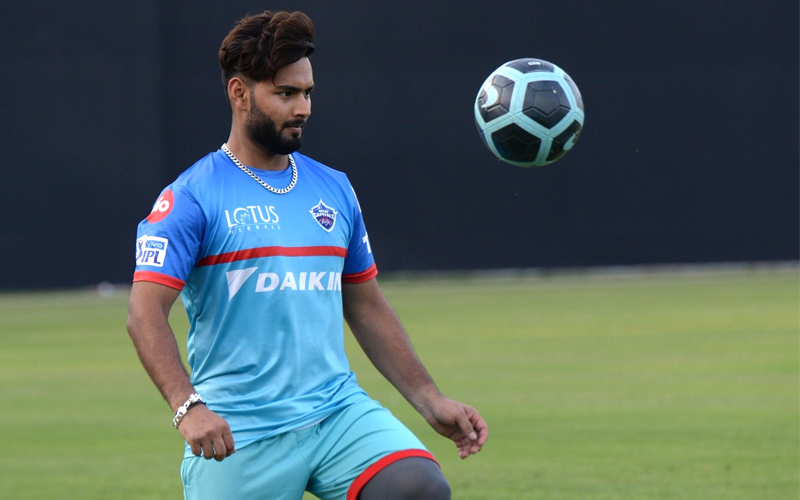 Rishabh Pant talks about MS Dhoni’s influence on his career

Rishabh Pant really can't put into words how big of an impact MS Dhoni had on his career as the India wicketkeeper-batsman and Delhi Capitals’ (DC) player reflected on his cricketing journey so far during Live session on Instagram.

In a candid chat on the Delhi Capitals’ official Instagram handle on Friday, Rishabh Pant reflected on his cricketing journey so far. The 22-year-old wicketkeeper-batsman, who hails from Roorkee in Uttarakhand, remembered his days of initial struggle.

“I had to travel to Delhi since there wasn’t much cricket in Uttarakhand, and the bus journey was around six hours long. In Delhi, I used to spend the nights in a Gurudwara in Motibagh with my mother,” he said. “She would help out with the duties in the Gurudwara, and always believed I would get all the blessings for her services in a holy place. Those blessings definitely helped me in my cricketing journey,”

'MS Dhoni - mentor to me, on and off the field' Having idolised Adam Gilchrist and MS Dhoni all his life, Pant stressed on the importance of being original. “I feel proud that both of them have acknowledged my performances, he said. “It’s important to learn from your idols, but you don’t have to copy them. It is important to build your own identity.”

On Dhoni, with whom he has spent some time in Indian team, Pant said, “He has been like a mentor to me, on and off the field. I can approach him freely with any problem I may be facing, and he will never give me the entire solution for it. This is so that I don’t become entirely dependent on him, he gives me hints only that helps me solve the issue myself. He’s also one of my favourite batting partners, though it’s not something that happens too often. If Mahi bhai is at the crease, you know things are sorted. He’s got a plan in his head, and all you need to do is follow it!”

'We owe you an IPL trophy' The destructive batsman, who has 1736 IPL runs from 54 matches to his name, also took the opportunity to compare the last two seasons of the tournament for him. “2018 IPL was a breakthrough year for me, and I got a lot of individual success,” he said. “But 2019 was more special as Delhi Capitals did so well as a team, and made it to the playoffs after a 6 year old gap. The team bonding last year was a big reason for our success. In a team sport, not everyone is going to have a good day during a match. But we learnt to enjoy and cherish each other’s success, instead of being jealous. In success and failure, we were all there for each other, and that showed in the eventual result – third.”

Signing off, Pant had a message for Delhi Capitals fans. He said, “Thank you so much for supporting this team and showering so much love upon us even when we haven’t done well. We owe you an IPL trophy no doubt, and we will do our best to get it for you."