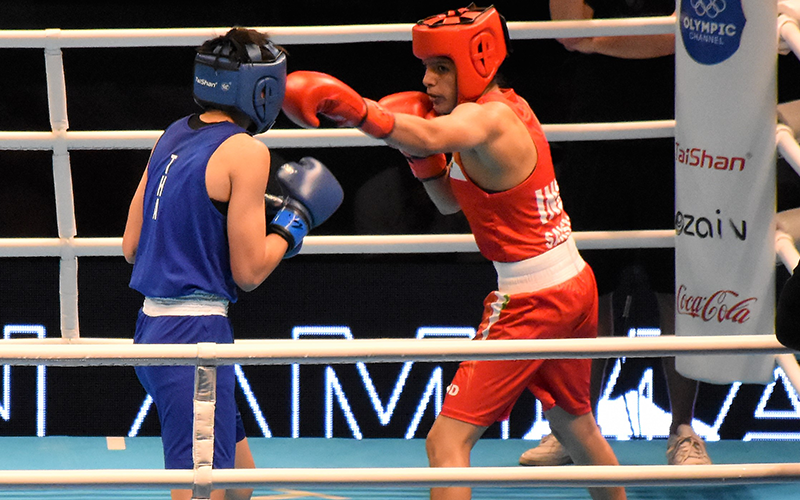 Former world youth champion Sakshi Choudhary (57kg) moved one step closer to her dream of qualifying for the Tokyo Olympics by knocking out the fourth seed and 2019 Asian Championships silver medallist Nilawan Techasuep of Thailand 4-1 at the Asian/Oceanian Olympic Qualifiers in Amman, Jordan today. Sakshi, who reached the quarter-finals with this victory, needs one more win to book the ticket to Tokyo.

In a performance that oozed maturity from the 19-year-old, Sakshi displayed her remarkable speed in the opening round as she took time to gauge her opponent. The Thai’s left-hand punches made the difference in a tight first round and she carried that momentum to rain down blows on the Indian who visibly struggled in the face of the onslaught.

But the strategy worked brilliantly for the young Indian as she saved her best for the last. Having conserved her energy in the second round, she looked fresher of the two in the final round. A patient Sakshi intelligently used her right hand to counter the attack and that slowed down the Thai before she ran away with the win.

" I knew she is a strong boxer but we had planned it well, coaches had advised me to use counter-tactics against her and that really worked and I could land my punches cleanly on her," said the 19-year-old pugilist.

Former World Championships bronze medallist Simranjit Kaur (60kg) will be in action later in the day as she starts her challenge against Kazakhstan’s Rimma Volossenko.

On Day 3, World Championships bronze medallist Manish Kaushik (63kg) will begin his quest as will Sachin Kumar (81kg) while Ashish Kumar (75kg) will look to continue his winning streak.

Can Sakshi go all the way and clinch a spot in the Tokyo Olympics?