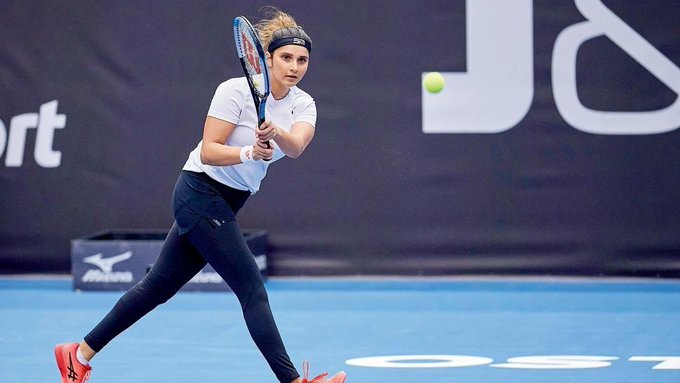 India's first women's tennis superstar, Sania Mirza on Wednesday announced her retirement plans, confirming that the 2022 season will be her last.

One of India’s most celebrated and accomplished tennis players, Sania Mirza has said that the ongoing season will be her last. The 35-year-old made the announcement after her first round exit from the women's doubles draw at the Australian Open.

Sania and her Ukrainian partner Nadiia Kichenok lost 4-6, 6-7(5) to the Slovenian team of Tamara Zidansek and Kaja Juvan in one hour and 37 minutes.

"There's a few reasons for it. It's not as simple as 'okay I'm not going to play'. I do feel my recovery is taking longer, I'm putting my three-year-old son at risk by travelling so much with him, that's something I have to take into account. I think my body is wearing down. My knee was really hurting today and I'm not saying that's the reason we lost but I do think that it is taking time to recover as I'm getting older," Sania told broadcasters after the match at Melbourne Park.

"Also for me to find that motivation everyday to come out. The energy is not the same anymore. There are more days than there used to be where I don't feel like doing that. I've always said that I will play until I enjoy that grind, the process which I'm not sure I'm enjoying as much anymore," she added.

"Having said that, I still want to play the season because I'm enjoying it enough to play the year. I've worked very hard to come back, get fit, lose the weight and try to set a good example for mothers, new mothers to follow their dreams as much as they can. Beyond this season, I don't feel my body doing it. It's beat."

Sania made her debut in 2003 and has been a former World Number 1 in women’s doubles. She has also won 6 Grand Slam titles, three in women’s doubles and as many more in the mixed doubles. Her highest singles ranking was 27 in 2007.