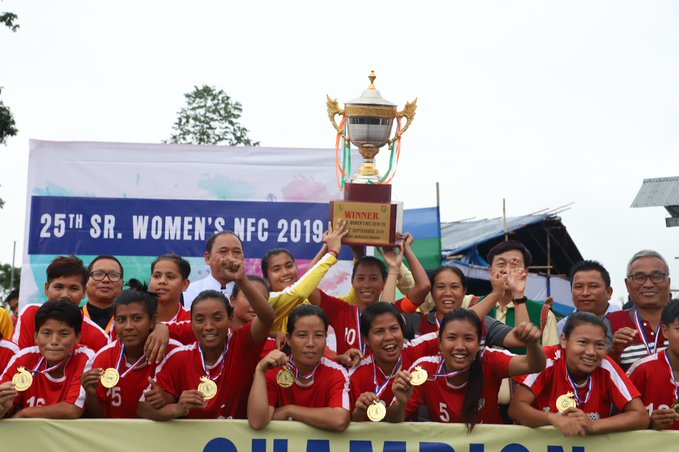 The AIFF Executive Committee had approved Kerala as the venue for the forthcoming tournament, and had also complimented the Kerala State Government for their unprecedented support for the development of Indian Football.

There are 32 teams have been divided into eight groups, with the teams in each group set to play against each other for the qualifying stage. The winners of qualifying matches will play the semi-finals, with the two winners from the last four proceeding to the final.

The senior women’s national team is preparing for the upcoming AFC Asian Cup India 2022 which will commence in January 2022. They are currently in Brazil from (November 20, 2021) to play in a 4-nation International tournament in Manaus.

This will be the first time any Indian Senior National Team will lock horns with Brazil, Chile, and Venezuela in their three matches, all of which are part of their preparation for the upcoming AFC Women’s Asian Cup India 2022. The team had been camping in Jamshedpur with infrastructural and logistical aid from the Government of Jharkhand over the last four months.

The Indian women had last month travelled to Dubai, Bahrain, and Sweden to play six friendly matches, while earlier in 2021, they had travelled to Serbia, Turkey, and Uzbekistan for international exposure tours.

The groups are as follows: