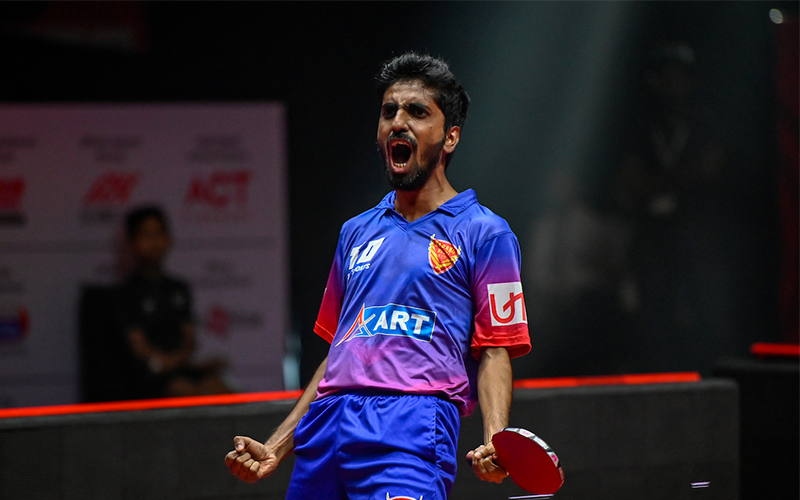 Another notable progress for India is Sutirtha Mukherjee who took a giant leap of 51 spots in the women's singles ranking that saw her claiming career-best 109th ranked. The Kolkata paddler is now the second highest ranked Indian woman in the world rankings after Manika Batra, who went five places up to secure 62nd position.

Mukherjee has been impressive in the recent past with notable performances during Olympics Team qualifying event, Hungarian Open and Portugal Open. Even though Indian team couldn’t seal Olympics berth during qualifying event in January, reigning national champion Mukherjee caught everyone’s attention when she stunned then World No. 19 and her former teammate of Ultimate Table Tennis (UTT) League Bernadette Szocs during team’s 3-2 defeat against Romania in the Rd of 16. Mukherjee now aims to break into Top-50 and feels the ranking will help her perform well at Olympic singles qualifiers. “Playing alongside foreign stars in UTT helps us (Indian players) gain the confidence of playing well at international tournaments. That victory against Bernadette was result of what I learned from UTT.  That win gave me so much happiness and boost to the confidence. My next target is to break into Top-50. I have a good chance in singles qualification for the Olympics. The preparation is going so well. I will try to continue momentum into Olympics qualification event,” Mukherjee said.

Among the men players, Sathiyan is the highest ranked Indian with 31st position in the singles rankings. While, Achanta Sharath Kamal (38), Harmeet Desai (87) and Anthony Amalraj (98) are the other three Indians to be ranked in the Top-100. Tamil Nadu paddler Amlraj jumped seven positions to break into the Top-100.

Is Indian TT on the rise?