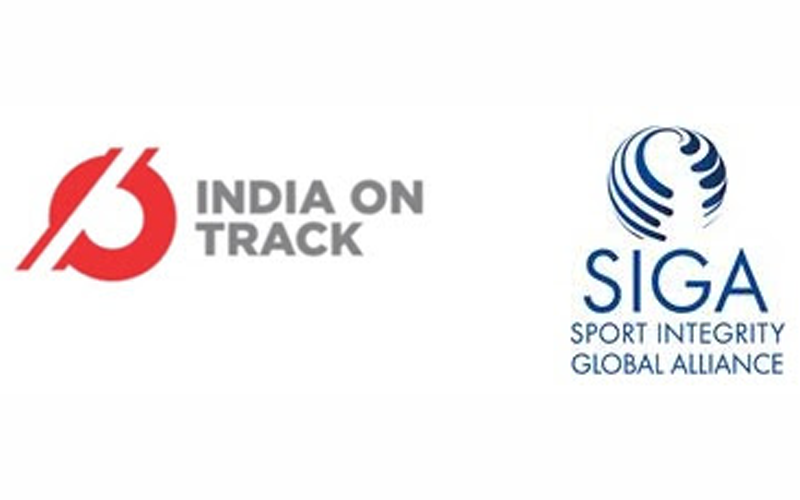 Sport Integrity Global Alliance (SIGA), the world’s largest independent integrity organization and India On Track (IOT), one of India’s premier sports development and management organizations, have come together to help further the mission of keeping sport clean and fair.

As part of the partnership, IOT will work with SIGA on various projects in India, to help promote the spirit of integrity, educate young players and bring together key stakeholders from the Indian sports, to enable the creation of a robust integrity ecosystem in the country.

The partnership between the two organizations was announced via the signing of a cooperation agreement at SIGA’s first Sport Integrity Week, taking place 7 to 11 of September 2020. IOT has also curated two sessions at the event, as part of Stage Asia, with one focussed on the building of a culture of integrity in emerging sports markets, while the other focused on the importance of education on integrity among young players.

Emanuel Macedo de Medeiros, SIGA CEO and Chairman & CEO, SIGA AMERICA, said “SIGA is an open global coalition and India is one of the strongest sporting nations on the planet. We stand ready to collaborate with the relevant stakeholders and authorities in sport in India and are delighted to partner with India On Track, leaders in the industry. Together, we will work with sports organisations, governments and global brands to enhance governance, promote integrity and instigate reform, so India, as a nation, are leaders both on and off the pitch.”

Vivek Sethia, Founder & CEO, India On Track, said “Integrity is one of the key pillars of sport at any level, and we all want to see young people across the world engage in healthy competition, playing tough, clean and fair. The emergence of India as a sporting hub has been a recent phenomenon, and we have seen an explosion of investment in sport over the last decade. This puts an added responsibility on all of us, as stakeholders of the Indian sporting ecosystem, to ensure that the ideals of integrity are upheld through access to education, robust policies and transparency. SIGA has been a leader in furthering the mission of global sports integrity, and we are delighted to partner with them to bring their vision to India and promote fairness in sport.”

With over sixty premium digital events, over one working week, across all continents, involving over one hundred high level speakers and leading organisations from all sides of the sporting industry and integrity community, the Sport Integrity Week promises to catapult the industry into a new era of good governance, transparency and accountability.

The stellar speakers’ line-up includes senior leaders from the global sport movement and the wider industry, such as:

The Sport Integrity Week is open to everyone. Participation for the webinars is FREE of charge, but pre-registration is necessary. The registration link is available here.

Download the App  to Watch the Livestream and Watch Again on Playback!

For future partnership enquiries and to host your own digital event please contact katie.simmonds@siga-sport.com.