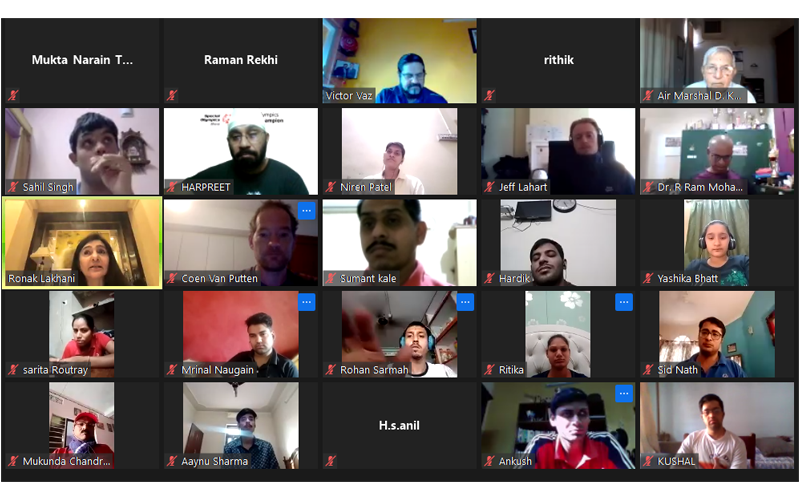 The Federation launches program to train Special Athletes to be Coach Assistants.

On 2 and 3 of November 2020 Special Olympics Bharat, supported by Herbalife Nutrition, organized webinars that aimed to advance the Special Athletes to assume the role of a Coach Assistant, thereby further contributing towards both on and off-field development of the athletes. The two days held sport-specific orientation across 13 disciplines extended by the Resource persons to about 130 Special Athletes who are the potential Coach Assistants as well as the Coaches under whose mentorship they would be placed. The sessions witnessed the distinguished presence of Air Marshal Keelor, Founder & CEO SO Bharat, Ms. Ronak Lakhani, Advisory Committee Member, Special Olympics International.

The Webinars were preceded by four sessions held in the months of September and October that explicated the roles of the three key stakeholders in this endeavor- the Athlete who would be trained to be a Coach Assistant, the Coach who would train him or her, and the Resource Person who the Coach would turn to for relevant consultations. This training program is an initiative of Mr. Victor R Vaz, National Sports Director, SO Bharat,  in collaboration with Mr. Coen Van Putten, Manager Sports, SOAP (Asia Pacific), and Mr. Jeff Lahart, Coach Development Specialist, Special Olympics International.

“I understand the role of an Athlete as against that of a Coach Assistant. I am now getting ready to take on the role of planning for the team- be it Coordination, Competitive strategies and more. I am confident that I will do it well” says Mihir Soni, a 25-year Athlete from Mumbai (Maharashtra), and a Softball team player from the LA World Summer Games 2015.

“This program will allow leadership to blossom. It is the greatest program for the Athletes. We, as Coaches and Trainers have always wanted to upgrade the Athletes meaningfully. Now this program will grant it a structure, make the Athletes set goals for themselves and witness their own growth. It will create expanded awareness and positivity” adds Mr. Sundaresh, National Trainer from Karnataka.

Mr. Victor Vaz’s vision is to have the Athletes take a lead in the sports field, in the future. He believes there is every possibility of a Coach Assistant to turn into a Coach, with the right guidance and support.

Special Olympics Athlete Leadership
If we want a more inclusive organization and accepting world, Special Olympics athletes must be allowed to contribute in ways beyond the sports field. One of the most powerful ways we do this is through Athlete Leadership, which creates opportunities for people with intellectual disabilities to develop and demonstrate their abilities in leadership roles. As part of Special Olympics Athlete leadership, Coaches training provides athletes with the skills necessary to become an assistant or head coach; understanding of the coach’s role during both practice and competition and in the planning process.