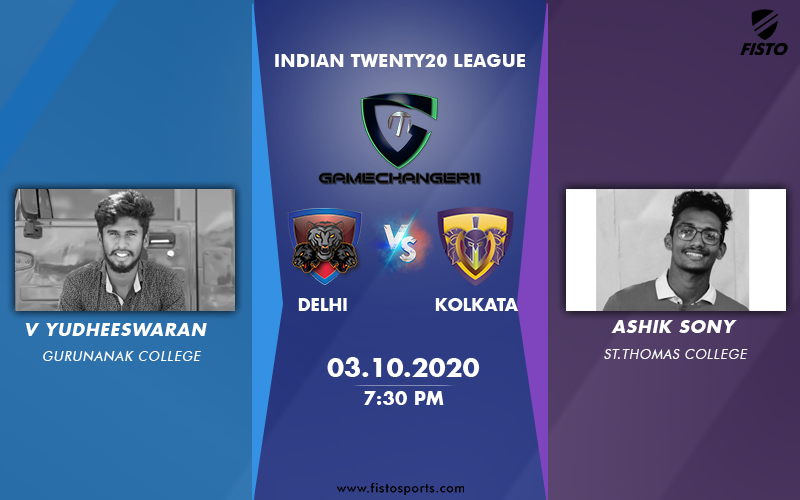 Royal Challengers Bangalore produced yet another clinical performance as they overpowered Rajasthan Royals in an Indian Premier League clash.

This year has been very different for the Royal Challengers Bangalore (RCB). After languishing at the bottom of the table last season, RCB have made a fantastic comeback this season. 3 wins out of 4 games and they are looking absolutely ferocious with respect to their intent. The greatest highlight for us fans and positive for RCB fans is Virat Kohli’s comeback.

After some paltry performances in the first three matches solely based on the standards he has set, captain Kohli has finally announced his comeback with a fluent 72 that was peppered with 7 fours and 2 sixes. Wily leg-spinner Yuzvendra Chahal once again proved his class as he spun a web and picked up three crucial wickets. While the RCB fans and management would be completely ecstatic after this win, Rajasthan Royals on the other hand have a lot on their plate. They need to make some changes in their middle order. Uthappa's horrendous form has made things difficult for RR and the pressure looms on the other batsmen. Overall, this has been an extremely clinical performance from the Men in Red and they would certainly want to keep this going.

Jos Buttler gave the Rajasthan Royals (RR) a fiery start as he started taking on Isuru Udana, the paver who impressed us all in the previous game. Buttler showed positive signs against Sundar too when he struck Washington for a four in the second bowl of Sundar's first over itself. But RCB staged a comeback with Smith being castled by Udana. An inside edge made him bowled and Udana got plenty of support from the pitch for this wicket. Smith could not get a big score and managed to muster only 5 runs this time.

But Buttler's stay was cut short by a brilliant ball from Navdeep Saini and an exceptional low catch by the young prodigy, Devdutt Padikkal. Standing at first slip, Padikkal's reflexes came into play as he bent down and caught a blinder.

Yuzvendra Chahal was brought on early by captain Virat Kohli and he did not disappoint as he took the prized wicket of Sanju Samson. A bit of close call, but ultimately the third umpire stood by the soft signal, which was out. Chahal's exceptional over just gave away 2 runs and he took a wicket as well.

The 20-year-old from Karnataka has shone once again as he gave the perfect start to RCB and made sure things are easy for RCB. Devdutt Padikkal notched up his third half-century in this IPL and his knock of 63(45 balls) was laced with 6 boundaries and 1 six. Middling almost everything, Padikkal is a huge positive for RCB this season. A run-machine in the domestic circuit, the IPLwould've been a perfect launching pad for Padikkal into international cricket, and he is grabbing all opportunities with both hands. Virat Kohli and Padikkal's partnership for the 1st wicket was crucial too, as RCB register their third victory of the season.

The best sight of the match. The biggest highlight of the match. Captain Kohli is back! Beware other teams! After a string of low-scores, Virat smashed _ of _ deliveries and announced his comeback. After a little bit of rustiness because of the lockdown, Virat Kohli has got into the groove and looks in sublime touch. It was a tough few game for Virat Kohli and all his fans. But that's the thing with champions! Form is temporary but class is permanent! Comes back into form like a boss. This is a wonderful sign for Kohli and his fans. He's always loved day games. 3 out of his 5 games has come during days games and it takes a day game for Kohli to come back into form.

We chatted with Surya of Take Solutions college and he had mentioned that captain Kohli had used Sundar to his fullest potential and bang on he did the same today. Getting him on the powerplay itself, Sundar bowled very economically and maintained an economy rate of 5 throughout the innings. He conceded only 20 runs and once again proved why he is a very potent and thinking cricketer. Talking about the opening pair, Surya mentioned that they are in good touch. Well the young Devdutt Padikkal was in sublime form today and Finch got outfoxed by Shreyas Gopal and he departed for only 8. Udana did take 2 wickets today but he ended up conceding 41 runs at a run rate of 10.2

We had a chat with SreeKrishna of St. Mary’s College, and he opined that RR should win the toss and choose to bowl first. But RR choose to bat keeping the conditions in mind. He also opined that Jofra Archer and Shreyas Gopal would be key for RR's performance. Both Gopal and Archer were extremely economical today but RCB were just good with that chase.

Man of the match: Yuzvendra Chahal