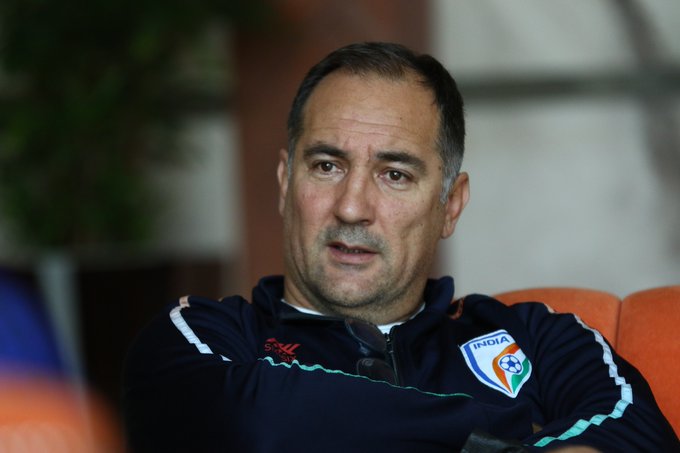 Stimac: We have a talented youth set-up that needs to be given time and peace at work

National team coach Igor Stimac at last has broken his silence after a humiliating defeat at the hands of the United Arab Emirates (UAE) earlier this week.

India played two friendlies in late March – against Oman and the UAE. While the first match on March 25 brought them accolades as they earned a 1-1 draw, the second game against the UAE on March 29 turned out to be their biggest defeat in over a decade after a 6-0 humbling. In their previous match against the UAE too -- AFC Asian Cup in 2019 -- the Indians had been on the losing side.

53-year-old Stimac tackled a lot of challenging questions in an interview with the AIFF on Friday. “The two results come in very different circumstances. Apart from the fact that in both cases UAE won [2-0 in 2019], we can’t compare those matches in any other segment. In 2019, both the teams played in the group stages of the AFC Asian Cup – the Continental Championship to which both teams had headed after having prepared for a long time. Both the teams came in with their best and most experienced players which was at their disposal.

“In 2021, it was a friendly match which we used to check the strength of our new players against the best striking line-up of UAE that has been playing together for a long time. It is unusual and surprising that many are now trying to create a bad atmosphere around us,” the Croatian said.

Talking about his intentions and plans heading into the challenging friendlies, Stimac said: “The sole reason we played these games against Oman and UAE was to check how much our guys are able to match strong teams at the moment. And it wouldn’t be fair if we hadn’t given everyone a chance in their positions to check them out, and get the answers we are looking for. It was easier against Oman because they also went out of the competitive rhythm, but it was entirely different against UAE wherein the competitive rhythm was at the maximum – their championship is in full swing.

“We have a talented youth set-up that needs to be given time, and peace at work. We believe in them – they are the best we have, and we are obliged to give them the opportunity to mature for greater achievements. Defeats are part of that path. They are painful but it serves to teach and mature them.”

When asked if he thought he had experimented too much with the team, Stimac replied in the negative with the following explanation: “Experimenting is when you play players in positions they have never played or when you switch to a game system that you did not practise in training. Personally, I don't like the word experimentation and it doesn't fit with what we do. We didn't bring a single player to Dubai who didn't deserve it with his performances in the Hero Indian Super League [Hero ISL 2020-21]. However, due to illness, injury or poor form we could not count on Rahul Bheke, Seriton Fernandes, Asish Rai, Brandon Fernandes, Sahal Abdul Samad, Udanta Singh and Sunil Chhetri.

“…This was our only chance to see the new boys and work with them before the decisive qualifiers. We came to Dubai with just one goal, to get an answer to the question of how much the new guys can provide against two tough opponents and whether we will get a few new names for the remaining qualifying matches due in June [against Qatar, Bangladesh and Afghanistan in the joint 2022 FIFA World Cup and 2023 Asian Cup second-round qualifiers].”

Can India move on from the current disappointment with some good, heartening performances in June? “No one can deny us the right to dream, or the right to have faith. It’s going to be difficult to handle three very competitive games in eight days after a few months’ break. But that’s something we need to get ready for. Time will give us the answers, to these questions. But what I know for sure and what we can promise is that we will do our best to make our fans happy at the end of these qualifiers. A quality long-term plan and hard work always brings joy in the end,” Stimac replied.