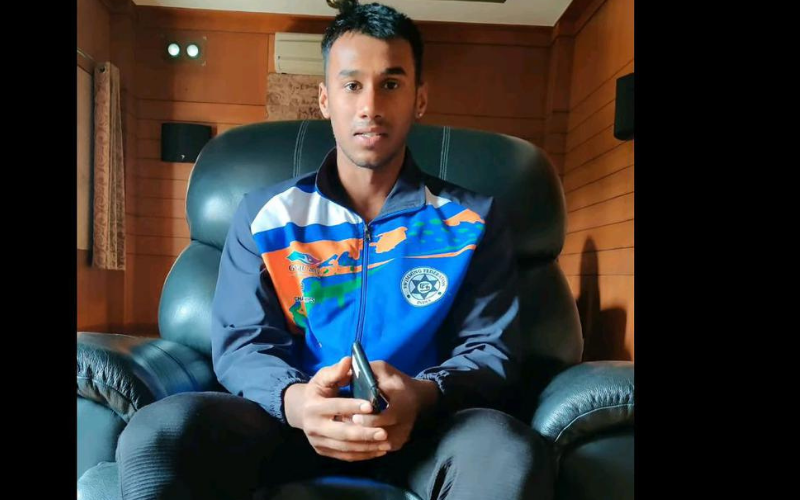 For each one honorable way to succeed, there are a dozen ways to cheat in order to get there too.

Referees and umpires come under fire regularly from players and fans alike, more often for marginal decisions that goes against the disgruntled athletes. However, there are also instances where the decisions are so blatantly biased that it defies logic.

The higher officials wield plenty of power on the playing arena and are expected to give unbiased decisions in line with the game’s rules and regulations. The decisions made by them are rarely investigated.

In the recently concluded Uzbekistan Open, a FINA-sanctioned qualifier for the Tokyo Olympics was shrouded by controversy.

Likhit was one of many Indian athletes present at the meet in the Central Asian nation’s capital of Tashkent. During the meet, Likhit protested the tampering with times in the men’s 200 breaststroke, in which he remained on the block during the race.

Likhit also revealed that he was offered bribes by Uzbekistani swimming officials to keep quiet, then later demanded a letter saying he was “mentally unstable” and unable to hear the buzzer due to deafness.

“At this competition, it was quite sad and heartbreaking to see a lot of manipulation of the times in favor of a few Uzbekistan swimmers, which also resulted in wrong times being recorded of the Indian swimmers as well, which we never asked for,” Prema said in the video.

The youngster also described a harrowing encounter with Uzbekistani officials, who offered him money not to disclose what he was seeing.

“After I left the pool, I was followed by the officials and the organizers of the event,” Prema said in the video. “They came out and asked me what my issues were, and I told them what you’re doing is wrong. You’re not upholding good sportsmanship. You are cheating. I confronted them with what was happening. They told me one thing, ‘you don’t understand the politics,’ and they said they have been given instructions by higher authorities to send 10 licenses, 10 A cuts from Uzbekistan to the Olympics. Those are the orders they had been giving. They bribed me with a lot of money to keep my mouth shut.”

'Not a display of good sportsmanship'

Likhit also said that video boards at the venue were not operational during the meet.

The alleged fraud extended to the Indian swimmers. For instance, documents circulated on deck show Sajan Prakash with a time of 1:55.92 in the 200 butterfly, which would’ve been an Olympic A cut. Instead, Prakash’s time was later publicized as a 1:57.68, which is a B cut, after protests by Prakash, Likhit and others to show the real times. Prakash is one of several promising Indian men’s swimmers seeking the nation’s first ever Olympic A cut.

So blatant was the manipulation, Likhit said, that the Bangalore native and devoted swimmer felt so disillusioned with his sport that he needed to speak out.

“For me it was really sad to see what was happening and it is not a display of good sportsmanship, and it is not motivating me at all,” Likhit said.

According to a source with knowledge of the situation, FINA is opening an investigation into the allegations. An email to FINA seeking confirmation was not returned as of press time. The relationship between a winning culture and an ethical culture, particularly in sports, has many edges that are worth investigating.

How big of a problem is cheating in sports? Do these scandals dampen your enthusiasm as a fan?

Do these scandals dampen your enthusiasm as a fan?