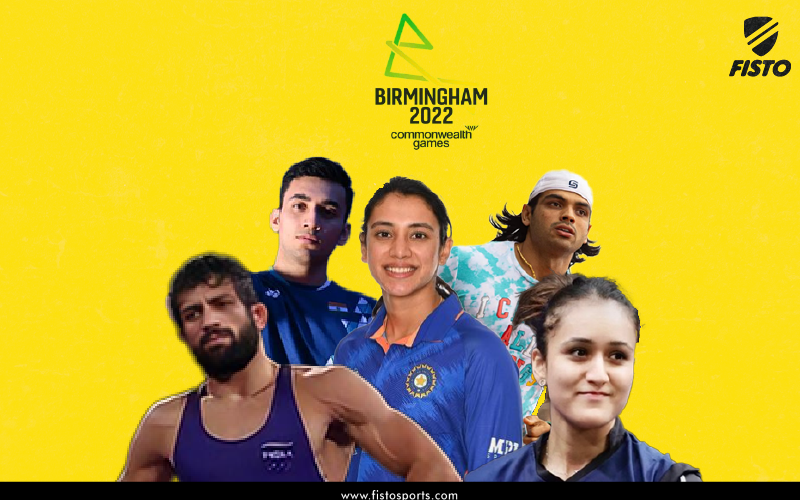 A diverse group of more than 200 athetes from around the country will compete for 12 days across 16 disciplines at the Commonwealth Games in Birmingham, UK. From fresh faces to familiar ones, here is the full list of Indian teams and athletes who have booked their spots at the at the quadrennial showpiece.

Commonwealth Games 2022 will be held in Birmingham, England from 28 July to 8 August 2022. This is the third time the multi-sport event will be held in England, and the first time we will see women’s T20 cricket as one of the games. Men’s cricket, however, has participated in the games before.

India has won 503 medals at the Commonwealth Games since making its debut in 1934. Wrestler Rashid Anwar became India’s first Commonwealth medalist in 1934, while the most successful Indian at the event is shooter Jaspal Rana with 15 medals.

Ahead of the 2022 edition, which will mark India's 18th appearance at the event, let’s check out the entire list of Indian athletes who will fight it out for a medal.

Commonwealth Games medallists Amit Panghal and Mohammad Hussamuddin made the cut for Birmingham 2022 along with five-time Asian medallist Shiva Thapa. The men's boxers were selected following trials conducted in Patiala. The women's trials were held in Delhi. Mary Kom didn't qualify for the Commonwealth Games after she suffered an injury during the trials.

Birmingham 2022 will see cricket’s second appearance in the CWG programme. The first, at Kuala Lumpur 1998, featured a men’s 50 over tournament but at Birmingham 2022, a women’s T20I format will be played.

The eight-team affair at CWG 2022 will involve hosts England, Australia, New Zealand, India, Pakistan, South Africa, Barbados and Sri Lanka. The Indian cricket team is one of the five teams who qualified for the Commonwealth Games 2022 courtesy its ICC WT20I ranking.

Indian women had won the CWG hockey gold in 2002 but the men are still in search of their first, with two silver medals (2010 and 2014) being their best finishes to date.

The Indian table tennis team for Birmingham 2022 comprises eight players, four men and four women. Two reserve players - Manush Shah and Swastika Ghosh - will also travel with the team. The team was chosen after a week-long national camp late in May.

To be led by Tokyo Olympics silver medallist and reigning Commonwealth champion Mirabai Chanu, India’s 12-member strong weightlifting contingent for the Commonwealth Games 2022 was one of the first to be finalised.

Jeremy Lalrinnunga, Achinta Sheuli, Ajay Singh and Purnima Pandey secured their spots by winning gold medals in their respective categories at the Commonwealth Weightlifting Championships 2021 in December while the remaining eight made the cut at the Singapore Weightlifting International 2022.

Mirabai Chanu was expected to compete in the 55kg division at Commonwealth Games 2022 instead of her pet 49kg but had to revert due to late rule changes.

The following wrestlers made the Indian team by winning their respective categories at the selection trials.

*The list will be updated as more Indian qualifications are confirmed.