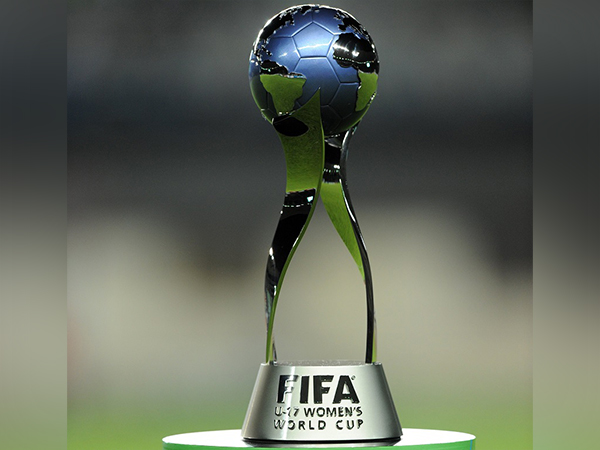 India is set to host its first FIFA U-17 Women’s World Cup which will be played from 11 to 30 October 2022, at three venues across Bhubaneswar, Margao and Navi Mumbai. This will be the second time India will be hosting an age-group World Cup. It also hosted the U-17 Men’s World Cup in 2017.

The India U-17 women’s football team has qualified for the tournament by the virtue of being the host and will begin its campaign on 11 October in Bhubaneswar.

Here are some intriguing stats from the tournament's history.

The Costa Rica 2014 edition drew the biggest crowds, with a total of 284,320 fans (an average of 8,885 per game) taking their place in the stands. The attendances at the tournament on Central American soil pipped the 2012 instalment in Azerbaijan, where France reigned supreme and average gates of 8,058 were registered.

The most goals scored at a single edition of the U-17 Women’s World Cup. This tally was recorded in the 2010 tournament in Trinidad and Tobago and averages out at 3.91 goals per match. Korea Republic’s Yeo Minji, who secured the adidas Golden Shoe and the adidas Golden Ball on Caribbean soil, struck eight of the 125 goals.

It took New Zealand’s Grace Wisniewski just 18 seconds to break the deadlock against Canada in the play-off for third place in 2018. This is the fastest goal ever scored in the competition, coming in ahead of Soo Adekwagh’s strike after 22 seconds for Nigeria against Korea Republic.

Deyna Castellanos scored six times in the 2014 edition and a further five in the 2016 tournament. Currently captain of the senior Venezuela side, the Manchester City markswoman was just 15 when she landed the adidas Golden Boot in 2014.

The record number of goals scored by a player at a single edition. It has been achieved three times: by Korea Republic’s Yeo Minji in 2010, Korea DPR’s Ri Un-Sim in 2012 and Lorena Navarro of Spain in 2016. The latter and Nigeria’s Chinwendu Ihezuo are the only players to have found the net five times in a single game at the tournament. Germany’s Dzsenifer Marozsan claimed the adidas Golden Shoe in 2008 courtesy of her six-goal haul, while Ghana’s Mukarama Abdulai and Spain’s Claudia Pina both ended the 2018 edition with seven goals to their name, with Abdulai’s strikes coming across just four outings, while Pina needed six games to bring up her tally.

Four teams (Germany, Canada, Japan and New Zealand) have been ever-presents and are preparing for a seventh tournament campaign. Nadeshiko Japan have tasted glory once and twice been beaten finalists.

The number of times the U-17 Women’s World Cup, which is staged biennially, has been held to date. The maiden edition took place in 2008 in New Zealand. The competition was not played in 2020 on account of the COVID-19 pandemic.

The number of teams that have lifted the tournament trophy in its six editions. Korea DPR ran out 2-1 extra-time winners against the USA to capture the first crown in 2008. Their neighbours, Korea Republic, prevailed two years later after edging out Japan in a shoot-out. France became the first non-Asian nation to claim glory in 2012 after the Europeans squeezed past RDP Korea on penalties. Japan triumphed in 2014, before the North Koreans reclaimed their crown in 2016. Spain saw off Mexico in a 2-1 win last time round. The North Koreans, who failed to qualify for India 2022, are the only nation to have lifted the trophy twice.

The record number of own-goals scored in the 2012 edition. Gambia put two past their goalkeeper in the 10-2 group-stage defeat at the hands of France, which features in the history books as the tournament’s highest-scoring game.

Three nations will make their tournament debuts in the 2022 edition: hosts India, Morocco and Tanzania. Home advantage has never counted for much, with a host nation yet to have lifted the trophy.