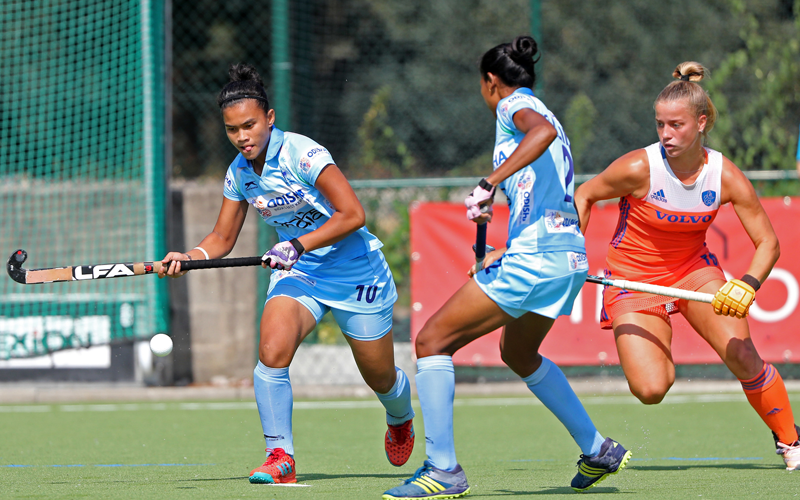 Talented Indian Junior Women's Hockey Team forward Suman Devi Thoudam had successfully led the India Team to a fine victory in Australia last year at the 3 Nation Tournament for U-21. She believes the Junior side is making positive strides in the International scene and are rapidly gaining confidence by the exposure they get.

"Hockey India has ensured the Junior Women's Team gets good international exposure with regular events abroad planned for us and this has really helped in gaining confidence. Playing in countries like Australia against home team is never easy but we have done well in the past and that confidence from victorious outing will surely help us do well in our future campaigns," stated Suman who is part of the ongoing National Coaching Camp for Junior Women's Core Probable Group in SAI, Bengaluru.

Speaking about her own growth in the team and her future prospects, Suman said, "It is always a dream for any player to represent the Senior India Team and that is my ultimate dream too. But to get there one really has to prove herself. The current Indian Team is very strong and very experienced. They have made great progress in this Olympic cycle and there is a very strong pool of players in the Senior group as well. The Junior Women's Core Group too has talented players who have shown potential and there is healthy competition amongst us to make the Senior cut. However, I am just focused on improving my own individual game at the moment and I am also focused on contributing to the Junior India Team. This is a very crucial year for us as we prepare for the Junior Women Asia Cup," explained Suman.

Back to regular routine in the National Coaching Camp, Suman feels it will take some time before the group finds their old form. "We have not trained in over 6 months and now after two weeks quarantine, we have begun regular activities with sessions on the field, in the gym and our focus is now on strength training and conditioning before we take-up the high intensity work load. We are lucky to be in an ongoing National Program despite the challenges due to the pandemic and we want to make full use of this opportunity," she said.