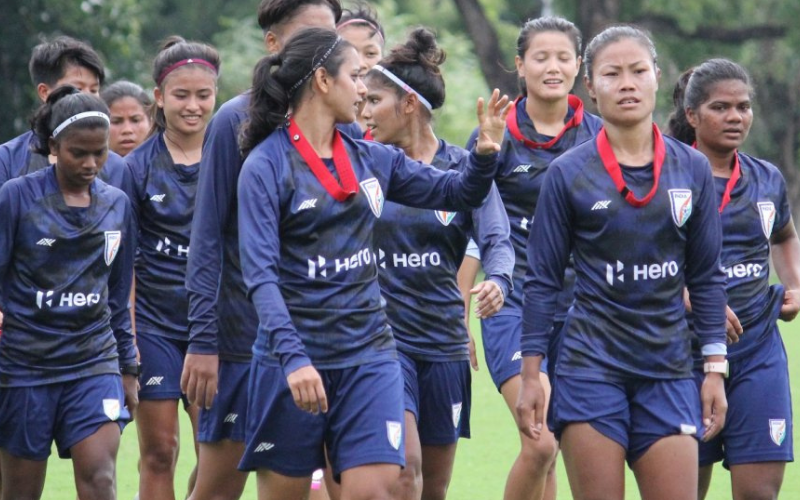 Indian Women’s Team head coach Thomas Dennerby surmised that his side needs to be more confident with the ball while building their attacks in their next match against Venezuela in Manaus Brazil.

India are currently participating in the Torneio Internacional de Futebol Feminino in Manaus, where they have already played hosts Brazil (1-6) and Chile (0-3) at the Arena da Amazonia. Ahead of their third and final match against Venezuela, which kicks off at 2.30 AM IST on Thursday, December 2, 2021, Dennerby looked ahead at the areas for improvement for his side.

“Venezuela have a very similar playing style to Chile. They are very comfortable on the ball and have a good passing game,” Dennerby analysed. “They take their time and build up from behind, so we need to be more confident as a unit.”

“The good thing is that we played as a solid and composed defensive unit for majority of the game against Chile. Yes, we made small mistakes and that cost us in that match. But two of their goals were also of a very high quality with beautiful finishing,” stated the head coach.

The India head coach also mentioned that his side would need to improve on the attacking front, as they prepare for the AFC Asian Cup, which takes place in India next year.

“We played a solid defensive game in most parts of that last game, but small mistakes did hurt us. Our attack in the first half was also a bit weak, and our passing game was off,” he opined. “But the girls showed a lot of character to come back and play much better in the second half.”

“We started to make a lot of offensive runs, and created three very good chances, before they scored. Football is a running sport, and you need to drive the ball with your off the ball runs, and the girls did that in the second half. We need to do more of that, play a few touches, and use the speed we have in the team,” said Dennerby.