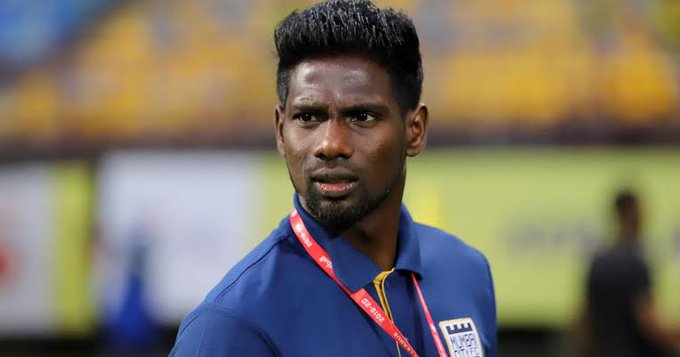 The agreement signed between the two parties also has a clause that Borges can opt to further extend his contract by one more year.

The 29-year-old was a vital cog in the Mumbai City squad that clinched the unique double in the 2020/21 season, winning the ISL League Winners' Shield and the ISL trophy.

The Goan midfield lynchpin made 20 appearances for the Islanders in the 2020/21 season, scoring twice and providing one assist.

With 1124 completed passes, Borges also finished the season in the top three passers of the league list.

Borges is currently in Doha with national team for the 2022 FIFA World Cup and the AFC Asian Cup China 2023 qualifiers.

"This team, this club, it is my family. I am delighted to commit my future here, with Mumbai City. The last two years of my career have been an incredible learning curve for me and especially the last season - it was nothing short of a dream for all of us," Borges said in a statement.

'A figure of inspiration'

"Coach Sergio Lobera's style is very unique, and it's the style I enjoy the most. I have evolved both as a player and as a person under him, and it's a great moment for me to be able to continue here at Mumbai City for the best years of my career. Last season's trophies was just the beginning for us."

Mumbai City head coach Sergio Lobera added: "As I have said before, to win trophies you need to have good Indian players and I think Rowllin is the best in his position.

"He has consistently shown his quality and he proved it again last season in particularly tough circumstances. He is a figure of inspiration for his teammates and everyone in the group. It's really good to have him around."