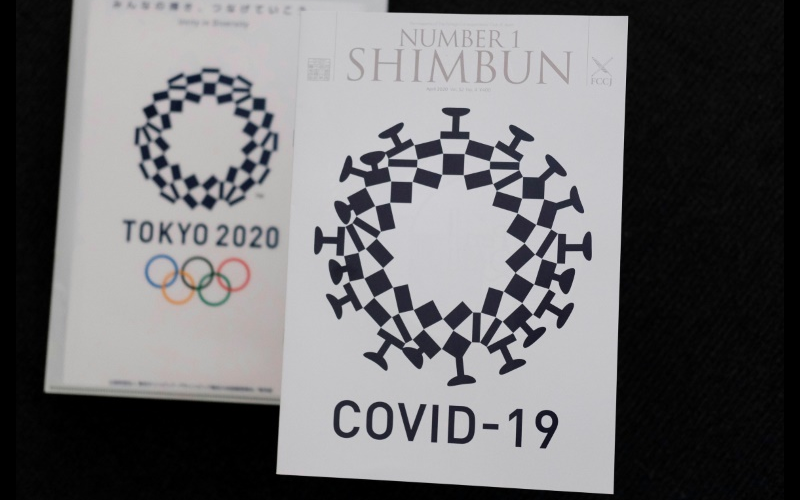 A satirical mock-up depicting the Tokyo Olympics logo as the new coronavirus has been pulled after Olympic organisers branded it "insensitive" and said it infringed copyright.

The design, published by the in-house magazine of the Foreign Correspondents' Club of Japan (FFCJ), showed the Tokyo 2020 logo with a twist – morphing it with the spiky image of the COVID-19 virus.

It appeared on the front cover of the April edition of Number 1 Shimbun, sparking controversy.

The design was created by Andrew Pothecary, a British designer who is the magazine's art director. "It is very disappointing to see the emblem being distorted and deliberately associated with the coronavirus, which has caused enormous economic damage, social disruption and loss of human life.

"The design is also clearly using the design of the Olympic emblem.

"We therefore consider it an infringement on our legally secured copyright to the Tokyo 2020 Olympic emblem.

"This is also insensitive to the many people affected worldwide by this damaging and painful situation.

"It is especially insensitive to the athletes around the world working to compete in the Games.

"Such conduct is not in keeping with the FCCJ's high standards."