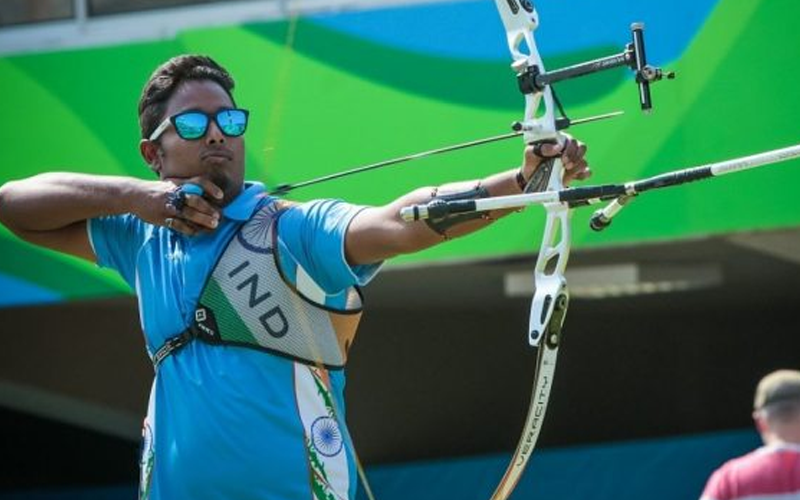 Ace Indian archer Atanu Das is confident of a successful show at the 2021 Tokyo Olympics. In conversation with rising Indian paddler Mudit Dani on the latter's online live chat show ‘In the Sportlight’, Das revealed how the setback of Rio Olympics helped him reassess the way he trained and approached his game.

“I was very excited for my first-ever Olympics in Rio. Unfortunately, I lost in the quarters. I was very disappointed after that loss. I didn't want to talk to anyone for the first two months. I learned a lot from that loss,” the 28-year-old marksman said during Indian paddler Mudit Dani's live online chat show 'In The Sportlight'.

Das, who is part of the national camp and is currently training at ASI Pune, has qualified for the Tokyo Olympics along with compatriots Tarundeep Rai and Pravin Jadhav in the men’s recurve team event with an impressive show at the 2019 World Championships.

Read: Simranjeet Kaur: ‘Archery is my passion; no other thing can take such supreme importance’

“I'm preparing very hard for the 2021 Olympics. Rio 2016 was my first one but Tokyo will be the best one, I will be a lot more prepared,” Das said.

Das recently tied the knot with star Indian archer Deepika Kumari recently. When asked to name the winner if he plays against wife Kumari, Das anticipates a strong contest but feels he will hold an edge over her.

The Asian Championship bronze medallist took up archery in 2006 when he was 14 years old and soon made the headlines after producing impressive performances at national as well as international level.

Ardent fan of former India captain Sourav Ganguly and Olympic legend Usain Bolt, Das is impressed with the development at the grassroot level in India; especially the benefits that archery as a sport has made from Khelo India with the necessary exposure garnered.

This International Women’s Day, Welspun through its campaign invites women across India to #LeapBeyond