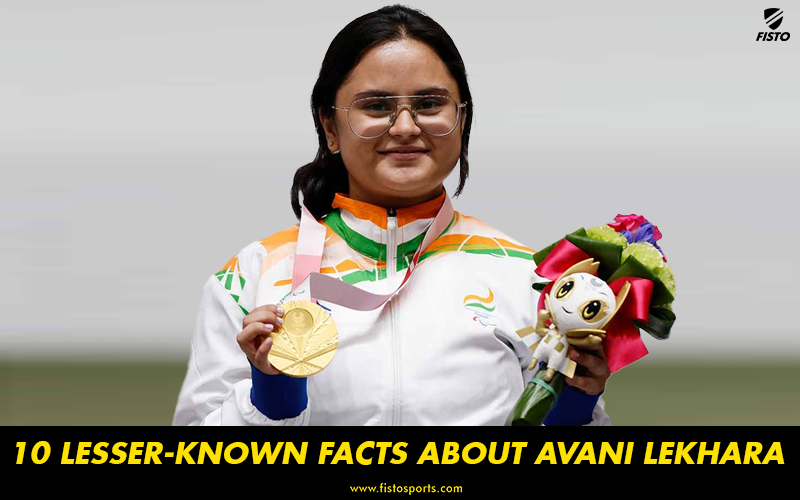 For para-shooter Avani Lekhara, life will never be the same again after she became India’s first female Paralympics gold medallist.

As it never too late too late to start, it is also never too early. These words were brought to life by Avani Lekhara, an ace para-shooter who has gone through hell and high water, now India’s first female Paralympic gold medallist and first Indian woman to win multiple medals in the same edition of the Games.

The talented para-shooter has shown ability beyond her years in key performances to secure the double medal in Tokyo. Amongst a golden generation of top para-athletes, the trailblazing talent of Avani Lekhara will undoubtedly see her only excelling further and further. A timeless talent to be cherished.

Here are 10 things to know about the Jaipur-based shooter.

1) Hailing from Jaipur, Rajasthan, Avani Lekhara suffered a horrific car accident in 2012, which caused severe injuries to her spinal cord. She has been bound to a wheelchair since the accident.

2) Lekhara's life changed after she read Olympic gold medalist Abhinav Bindra's autobiography, 'A Shot At History', which inspired her to take up shooting.

This is an @AvaniLekhara appreciation post ♥️#IND's first woman to win a #Paralympics #gold at just 19 years of age, equalling a WORLD RECORD on her debut - Wow! 🤯#Tokyo2020 #ShootingParaSport pic.twitter.com/WAiKy3OCuR

3) Avani’s father encouraged her to get involved in a sport, and she initially tried both shooting and archery. She found she enjoyed shooting more and was also inspired by Indian shooter Abhinav Bindra after reading his book.

4) She began shooting in 2015 at Jagatpura Sports Complex in Jaipur, India. In her very first Rajasthan state championship in 2015, Lekhara won a bronze and announced herself in style to the para-shooting world.

5) Avani had set her targets at winning a medal for India at the 2020 Paralympic Games in Tokyo. Little did she know that she would win a gold.

GOLD IT IS! As a coach couldn’t have been any more proud of @AvaniLekhara and her performance today! India’s first woman to win a gold medal at Olympics or #Paralympics & with a world record. Surely more to come from her in the future too! #Praise4Para@ParalympicIndia @Tokyo2020 pic.twitter.com/LJMC1wambf

7) In 2019, Avani was named Most Promising Paralympic Athlete by the GoSports Foundation in India.

8)Avani speaks English and Hindi fluently. She completed her Higher Education in Law from the University of Rajasthan in Jaipur.

9) Avani Lekhara made her international debut in 2017 when she competed for India at the World Cup in UAE’s Al Ain.