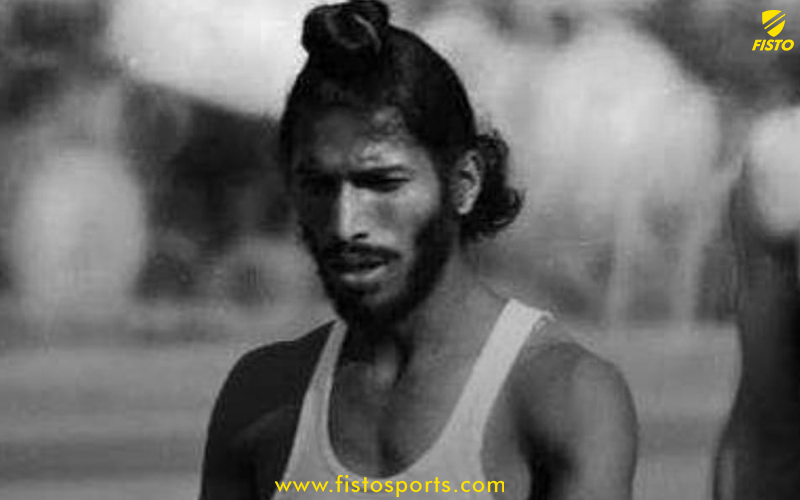 Take a look at the many tributes on Twitter passed along by those who met and understood the legacy of Milkha Singh, who died at age 91 on Friday.

Milkha Singh is Indian sporting royalty, the man dubbed “The Flying Sikh’ for his Olympic and Asian Games exploits, became one of the Indian Athletics greatest ambassadors.

Singh breathed his last in Chandigarh’s Post-Graduate Institute of Medical Education and Research where he was receiving treatment after contracting the infection.

Really sad about the demise of our national hero and a legend Shri Milkha Singh ji. My heartfelt condolences to the bereaved family. RIP #MilkhaSingh pic.twitter.com/7xpLGGGmfH

I'm leaving for Chandigarh to attend the funeral of #MilkhaSingh Ji. I'm carrying the message of Hon'ble Prime Minister Shri @narendramodi Ji for the family and will pay my tribute to the pride of India, the legendary #FlyingSikh 🙏 https://t.co/UX5ssnnLY8

The 400m men's final at Rome 1960 (on the left) was iconic. It witnessed two men running a new world record time for a stunning 1-2 finish.

For India, #MilkhaSingh came up with his best ever. Heartbreaking, yet legendary.

Even after 63 years, Milkha Singh is still the only Indian athlete to win Gold medal in a track event in the BE & Commonwealth Games. Who would forget his agonising 4th place finish in the final of 400m run in 1960 Rome Olympics Games. @afiindia pic.twitter.com/X9t7wtkhwN

We may not have seen you compete, but every time we ran fast as kids, we ran 'like Milkha Singh'. And for me, that will always be the legend you leave behind. You didn't just run, you inspired. Rest in peace, sir. #MilkhaSingh pic.twitter.com/SbwrqJJHx9

How adorable do they look in this picture. It's heartbreaking to see them go because of this unforgiving virus. Rest in peace ♥️
It was clicked by Indian Express's Jaipal Singh last year in February. pic.twitter.com/bcRwSudRBT

We didn't see Milkha Singh race but the 'The Flying Sikh' legend was passed on as oral history.
His fourth-place finish at 1960 Olympics was almost celebrated as much as a medal.
Whether you knew of him from stories or the biopic, you know how much he meant to Indian sport.
Vale.

Indian sporting fraternity and beyond also left their tributes.

Deeply saddened by the passing away of sports legend #MilkhaSingh. A monumental loss for our nation.. His incredible legacy will continue to inspire athletes all the over the world. Rest in peace sir. 🙏

Great man. Great Indian. Did so much to make us proud. What a life! #MilkhaSingh

A great athlete and a great human. Milkha Singhji, you were an inspiration to many! Rest in Peace 🙏#MilkhaSingh pic.twitter.com/NgL7b5twEV

Have directed that Late Milkha Singh Ji will be given a State Funeral by our Government. Also Punjab will observe one day of State mourning as a mark of respect to the departed legend. pic.twitter.com/V5ewngTO0j

Have directed that Late Milkha Singh Ji will be given a State Funeral by our Government. Also Punjab will observe one day of State mourning as a mark of respect to the departed legend. pic.twitter.com/V5ewngTO0j

The legend lives on… even if body has given way.
RIP #MilkhaSingh the legendary Indian. 🙏🏽 pic.twitter.com/SGcR29mVGY

RIP #MilkhaSingh Sir. A true legend and inspiration. You showed the world that you can achieve anything against all odds. Condolences to his friends and family 🙏 pic.twitter.com/h4zNOAH5Zp

The Flying Sikh may no longer be with us in person but his presence will always be felt and his legacy will remain unmatched... An inspiration to me... an inspiration to millions. Rest in Peace Milkha Singh sir.

From the beginnings that saw him orphaned & displaced during partition of India. #MilkhaSingh has become a sporting Icon of the country.