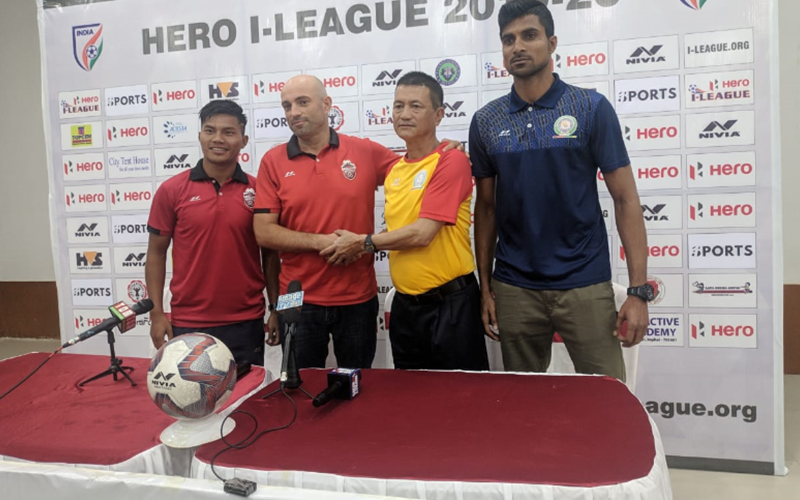 TRAU were penciled as the league’s dark horses not very long ago, when the newly promoted side embarked on a seven-game unbeaten run and rose to third in the standings, but their recent run of five games without a win have rendered them strugglers, with only five games left for TRAU to preserve their I-League status as they sit just one point above city-rivals Neroca in the relegation zone, having played a game more than Gift Raikhan’s side.

The reverse fixture in Margao, however, was TRAU’s evening to claim, as they ran out 2-1 winners against Churchill at the Fatorda Stadium but that now seems like a distant memory from Dimitris Dimitriou’s reign at the helm.

“It has been a difficult run for us but now is not the time to feel disappointed. We have to learn from our mistakes and ensure those don’t happen again. We have to take our chances”, said TRAU captain Princewill Emeka ahead of the game.

He further added, “Churchill are a tough team to beat but we will be ready when they come to our stadium and in front of our fans, we hope to make a good account of ourselves and show everyone exactly why we belong here in the Hero I-League”.

Churchill, on the other hand, have lost steam on their title ambitions but are well-placed for a top-three finish going into the business end of the season. They were denied three points by Quess East Bengal at the Yuba Bharati Krirangan, in the dying seconds of stoppage time when the Red and Golds were awarded a penalty, which Jaime Santos Colado dispatched from a rebound after keeper James Kithan had initially denied the Spaniard.

That was the second time in less than a month that Churchill had conceded in stoppage time, with FC Basel loanee Jan Muzangu netting a dramatic winner for defending champions Chennai City in the dying seconds a fortnight prior in Margao.

Speaking ahead of the match, Bernardo Tavares, Head Coach, Churchill Brothers FC Goa acknowledged the same and commented, “It is always disappointing to see the hard work you had put in over 90 minutes come crashing down in the final seconds, but that’s football, and things like that are a part of the game. You just have to move on and plan ahead.”

Weighing in on opponents TRAU, he added, “They have gotten some great results in their first season. We lost to them in the reverse fixture but we are ready for them and hopefully, we will walk away with the three points. It’s not going to be easy but we are prepared.”

The match is scheduled for a 5 pm kick-off and will be broadcast LIVE on 1Sports and the 1Sports official Facebook Page. Online streaming is also available on the Fancode app and website.