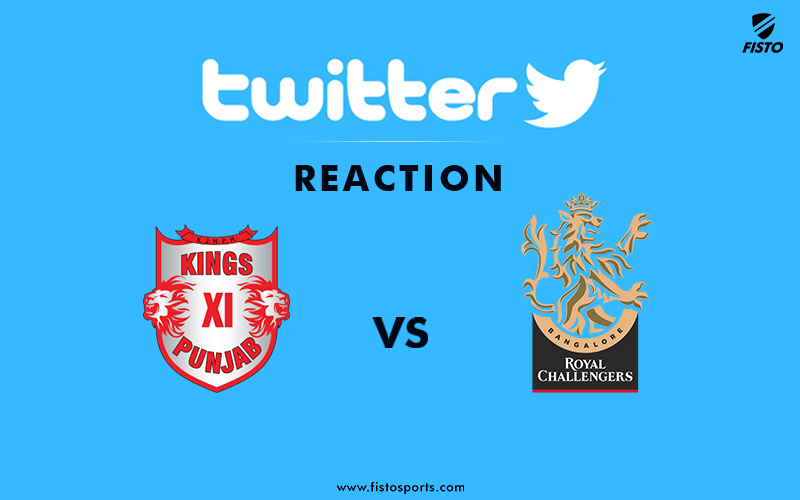 KL Rahul has played a knock for the ages and Twitter is loving it.

KL Rahul was 'on fire' as he smashed 132* runs off 69 balls against Royal Challengers Bangalore as he further enhanced his reputation as one of the best T20 batsmen in the world. The Kings XI Punjab captain led from the very front as he opened the innings and remained till the end to help his side post a big total of 206 for 3.

KL Rahul, who made his debut as captain in the last match, could not score big as he was out for 21 before failing to deliver in the subsequent super over. However, he did not take long to bounce back as the highest-ranked Indian T20I batsman scored his first ton as captain. He remained unbeaten on 132 off just 69 balls.

His 132-run knock also saw him become the captain with highest score in IPL. KL Rahul’s breathtaking knock was studded with 14 fours and 7 sixes.

Twitter was abuzz with praises for the Punjab captain and here are some of the tweets:

WHAT A SPECTACLE IT WAS!
An absolutely top class knock by KL Rahul helped him break a number of records tonight. We have been a witness to one of the best knocks of the League.#KXIPvRCB #Dream11IPL #IPL2020 #KLRahul pic.twitter.com/Wjo03DMBRX

It deserves some applause, doesn’t it?

What a 💯 ! CONGRATULATIONS KL RAHUL pic.twitter.com/sbCkw2hcZn

and rahul said he was worried in the lockdown that he may forget how to pick line and length! #RCBvKXIP #IPL2020

What a knock by @klrahul11 just sensational for @lionsdenkxip #ipl

Kohli has KL Rahul as his Dream 11 captain, no other reason.#KXIPvRCB #IPL2020

K L Rahul mauling Steyn who has 0-57 from 4 overs. T20 can be cruel to the biggest names in the game. But what a sensational knock by Rahul!

Some solid shots there by @klrahul11 classy hundred

Kannur Lokesh Rahul
This man is on whole new level .
A perfect example of Class is permanent !
Made a world class bowler like steyn look like an ordinary bowler !!#KLRahul #RCBvKXIP #IPL2020 pic.twitter.com/dUtqr0vZjX

Can KL Rahul guide KXIP to a fifth IPL title?