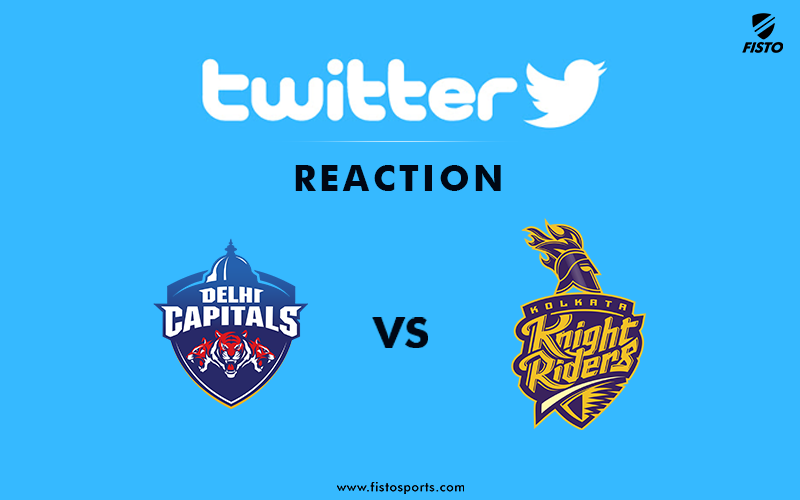 Twitter reactions: DC edge thriller against KKR to return top of the table

It was a day of heavy scoring as Delhi apitals' go top of the table with third win of IPL 2020, after restricting Kolkata Knight Riders to 210/8 in a high-score thriller.

They say T20 is a format stacked in favour of the batsmen. It appears no one told Kolkata Knight Riders and Delhi Capitals, who shared 12 wickets for 438 runs in a thriller at the IPL 2020 which saw the latter prevail by 18 runs.

Ever since Delhi hit 228 runs on the scoreboard, KKR never really focused on accomplishing the same. Kolkata kept on frequently losing wickets and once the asking rate climbed up 15+ RPO, the game was gradually slipping out of their hands. Nitish Rana 58 (35b, 4s x 4, 6s x 4) remained the top scorer for his team.

English batsman Eoin Morgan 44 (18b, 4s x 1, 6s x 5) played exceedingly well under pressure, but couldn’t drive his team to victory. Nonetheless, it was a valiant and heroic innings, though for a losing cause.

Gautam Gambhir after watching KKR's batting order and their poor decision of giving captaincy to Dinesh Karthik instead of Eoin Morgan#DCvKKR #IPL2020 pic.twitter.com/yPRWTxfLH9

A tough pill to swallow despite putting up a fight till the very end.

In a couple of years, we'll need to make multiple graphics for all his feats 😉

🔥 @AnrichNortje02 was on fire tonight.

☝️ @KagisoRabada25 also took a wicket in a win for the #DelhiCapitals.#DCvKKR | #IPL2020 pic.twitter.com/4QZUTuy4Zo