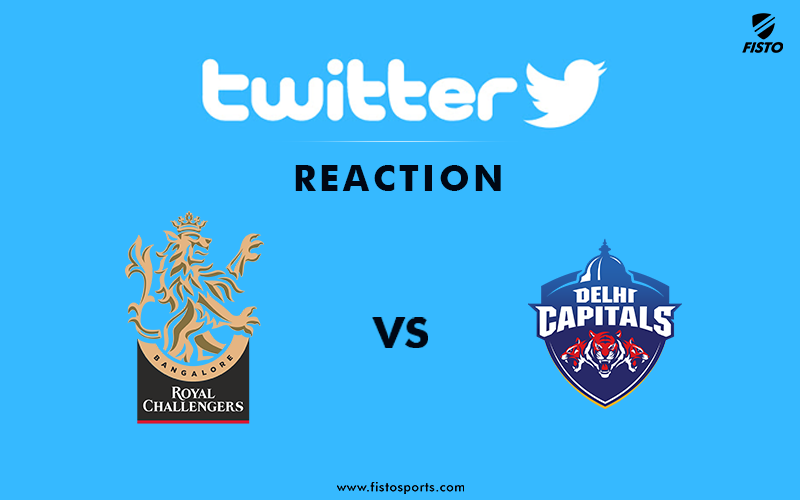 Twitter Reactions: Delhi Capitals back on top with win against RCB

With a clinical 59-run win in Dubai against Virat Kohli's RCB, Delhi Capitals climbed to the top of the points table.

Australian all-rounder Marcus Stoinis' yet another blistering half-century knock followed by some clinical bowling powered Delhi Capitals to the top of the points table following a comprehensive 59-run victory over Royal Challengers Bangalore at the Dubai International Stadium.

Delhi now sit at the top of the table with eight points after four wins from five matches.

.@RCBTweets now have three wins and two defeats in five games. How much of a difference will @Tipo_Morris's return make to their side? 🤔🤔 pic.twitter.com/g8WcdPf9bq

Delhi were the better team on the night.

Not to be. And this big defeat will not just be demoralising, it will cause their NRR to plummet. https://t.co/Wyefow5kus

Shreyas translating for Axar: “.... also he said thanks to the Captain.”

When Axar didn’t really say that 😂

Can DC go all the way and clinch maiden IPL title?