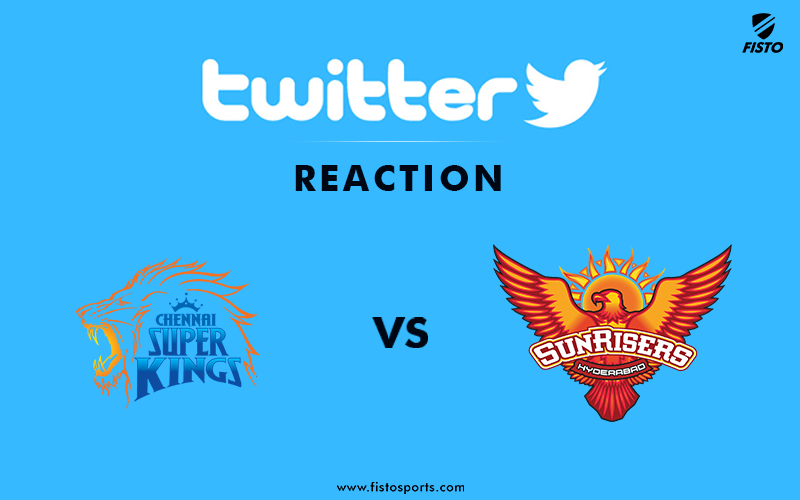 MS Dhoni remained unbeaten on 47 off 36 deliveries but couldn't see CSK through to a win, as the side fell short by seven runs against SRH.

Chennai Super Kings came close to securing their second win of the season but a brilliant final over from youngster Abdul Samad secured SRH a seven-run victory on Friday. Mahendra Singh Dhoni, who promoted himself at fifth in the batting order, remained not out on 47 off 36 deliveries.

During the closing stages of the match, MS Dhoni looked visibly tired and even had a break during the 19th over of the innings, as he struggled after running successive twos with Sam Curran.

As Dhoni's efforts went in vain, Twitter reacted to his innings:

Congratulations Mahi bhai (@msdhoni) at becoming the most capped IPL player. Happiest that my record is being broken by you. All the best for the game today and am sure @ChennaiIPL will win this season’s @IPL. pic.twitter.com/f5BRQTJ0aF

We will always love you @msdhoni #thaladhoni ...in sickness and in health we will always be there...the game is not over.. we will be in the finals..!! @ChennaiIPL #WhistlePodu #CSK foreverrrrr..!!! pic.twitter.com/ADCplVA5pr

Hats off to @msdhoni bhai..even in this heat keeping for 20 overs and then running (sprinting for his team) lots n lots of respect..now that’s what we call never ever giving up in toughest moments. Giving all in for his team#respect #cricket pic.twitter.com/6hVQ8YvnEF

Being @msdhoni is not easy 💔 pic.twitter.com/iARbXhZVrG