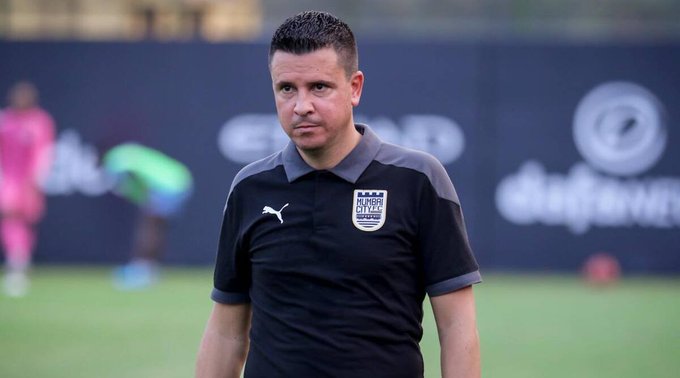 The news Friday evening that Des Buckingham would be taking the head coaching job at Mumbai City FC came as a surprise to many.

Sergio Lobera has stepped down as the head coach of Mumbai City FC, the club announced via a communique on Friday.

He will be replaced by Des Buckingham, who joins the Islanders on a two-year contract. Buckingham served as the head coach of A-League team Melbourne City FC before his arrival at Mumbai City.

This serves as a professional promotion for Lobera and he will remain part of the City Football Group. "After a highly decorated spell in India, Sergio will now be leaving the country to join [City Football Group] to work on a fresh challenge," the club said.

Here's how Twitter reacted to Mumbai City FC's announcement of the departure of the Spanish tactician.

Sergio Lobera leaving Mumbai City is not surprising. If he was not given this opportunity by City football group as promised then he would have join another ISL team next season.

All the best Lobera. #HeroISL #IndianFootball

Sergio lobera has some kind of curse.He has not been able to manage his team in AFC CL. He wins the Afc CL slot with the club and then something unexpected happens.

Damn shame that there'll be no Sergio Lobera in the ISL this year.

He steps down ("leaving the country to join CFG to work on a fresh challenge") and Melbourne City assistant coach Des Buckingham takes up the position.

I will miss Sergio Lobera in ISL.
All the best @SergioLobera1 for your new challenge. #IndianFootball #ISL

Sergio Lobera's four years in India were full box office. FC Goa under him was one of the best Indian football sides ever to watch.