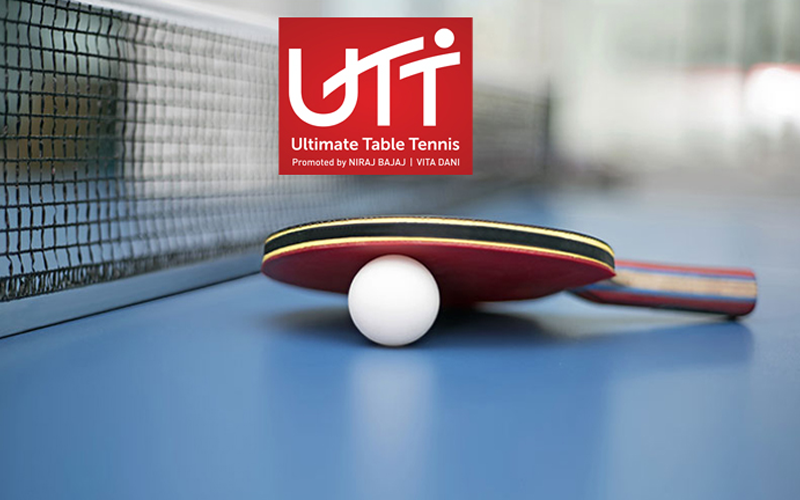 The fourth edition of Ultimate Table Tennis (UTT) has been deferred to 2021 in view of the COVID-19 pandemic.

The Table Tennis Federation of India (TTFI) authorities and the UTT management have jointly taken the decision to postpone India's premier table tennis event, keeping in mind various concerns, foremost being the safety and well-being of the players and other league stakeholders.

"We must avoid any risk to the health and safety of the players and other stakeholders, especially with 2021 being an Olympic year. Furthermore, international travel restrictions are still abound with clarity awaited on the same. So after evaluating the current situation and after due deliberations with TTFI, we have arrived at a mutual consensus to not conduct UTT in this calendar year. We are optimistic that 2021 will be healthier and happier, and in due course of time we hope to announce the dates for UTT to be held next year," UTT co-promoters Vita Dani and Niraj Bajaj said in a joint statement.

UTT has been a launchpad for many Indian paddlers while also supporting domestic tournaments and the larger ecosystem of the sport in our nation. The league has also given the sport a platform to showcase top-quality table tennis in India, as our country's finest rub shoulders with the world's best.

"We have been very keen for table tennis to resume, however there are various issues to be considered and addressed. And under such circumstances, conducting UTT with the presence of foreign players doesn't seem feasible. However, we are really looking forward to the fourth season of the League in 2021. We will identify a window to conduct UTT at the earliest next year, with the situation surrounding the pandemic also hopefully improving," TTFI General Secretary MP Singh said.

With the sporting world gradually moving towards resumption of live action, the fourth season of UTT next year will be a welcome boost for Indian table tennis.

'Virtual run' to raise funds for people affected by COVID-19

Is Table Tennis one of the most developed sport in India in the past decade?