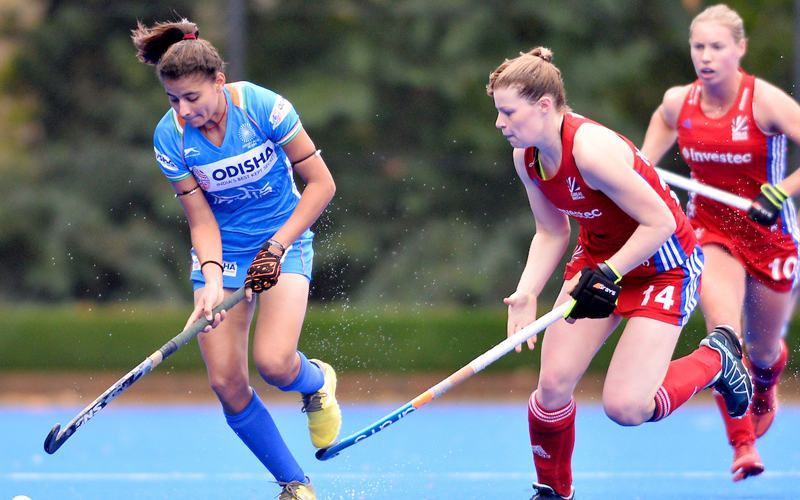 The Indian Women's Hockey Team Forward Sharmila Devi has got off to a decent start in her international career. The 19-year-old, who has played nine matches for the national team, scored India's second goal against USA in the first-leg of the FIH Hockey Olympic Qualifiers, which helped the Indian team win 5-1 in November last year. The Forward expressed that she is very fortunate to be playing in the same era as Indian Women's Hockey Team Captain Rani and Forward Vandana Katariya.

"I am really happy about the way I have started my international career. Being part of the FIH Hockey Olympic Qualifiers was simply magical. But the best thing is that I am playing alongside experienced campaigners such as Rani and Vandana. I am very fortunate to be playing in the same era as them. I have observed them closely during practice and the way they prepare for big games. My learnings from the way they conduct themselves on and off the pitch will certainly help me in the rest of my career," said the 19-year-old.

When asked about her immediate targets, Devi said that she is determined to book a place in the Indian Olympic team.

"I feel I have made great progress in my hockey career so far. My game is shaping up well. I have experience of playing in big competitions as well. Now, I am very determined to find a place in the Indian Olympic team and contribute to the team's success in the quadrennial event. My biggest dream is to play in the Olympics and it will be great if I can play the biggest tournament in our sport so early in my career," said the Forward.

Devi added that she has been even more enthusiastic about playing the game of hockey after a long break due to the pandemic.

"The long break from the pitch has certainly put a lot of things in perspective for us. We had a lot of time to analyze our games and think about how we can get better. I have been even more enthusiastic about playing hockey after returning to the pitch for sports activities in August. I realized how much I missed the sport. We are very grateful to Hockey India and SAI for thinking ahead and putting all the procedures in place so that we can carry out our preparations for the Olympics with a lot of time in our hands," said the 19-year-old.