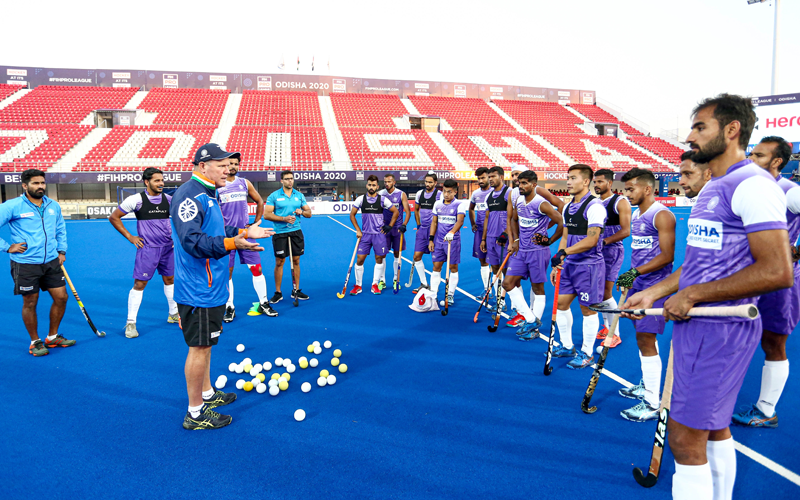 The Hockey India Level 'Basic' Coaching Course is a part of a meticulously-designed coaching programme, known as the Hockey India Coaching Education Pathway which was launched in 2019 with the objective of providing a simplified education structure that helps in the development of Coaches from the grassroots level into world-class Coaches of the high performance/international level. This move from Hockey India saw the Core Probables get 36 hours to review their online sessions, and then clear an online assessment exam which was based on the latest FIH Rules and Regulations. The online assessment exam for Senior Men Core Probables was held on 11 May 2020, while the same for Senior Women Core Probables was held on 15 May 2020.

"I really enjoyed the Coaching Course. I have been playing for a long time, but I didn't know so much about the history of the game. Hockey has been a very important sport for the citizens of India and it was surely important for us to learn about how the sport was invented and the gradual spread of the sport in the world. Learning the history of the game has helped me add context to the sport and I think this experience will help us become better players," said Forward Ramandeep Singh.

The Indian Men's Hockey Team Midfielder Hardik Singh was glad to understand all the rules of the game inside out. He expressed that if he knows all the rules by heart then he can make better decisions.

"Hockey is a very fast sport. Many things happen in a matter of seconds and sometimes we don't have much time to make good decisions. Learning about all the rules and regulations through the Coaching Course will really help me to take the ball forward swiftly and be aware of when we should go for video referrals during matches," said the 21-year-old.

The Indian Women's Hockey Team Goalkeeper Savita expressed that she had a great time learning about the specifications of the hockey pitch.

"Being a Goalkeeper, I think it's very important for me to know about the dimensions of the hockey field. If I know the dimensions of the pitch well, then I can ensure that our defenders are standing at the right positions and it will certainly improve the way we communicate on the field," said Savita.

The Indian Women's Hockey Team Forward Sharmila Devi said that the Coaching Course will make a big difference in the way she plays the sport going forward.

"The Coaching Course was really insightful and informative. Given that I am still finding my way in international hockey, it's great that I could look at the sport through the Coaching staff's eyes and also brush up on the rules and regulations of the sport. With more theoretical knowledge of the sport, I think all of us will have a much better understanding of hockey once we get back on the pitch," said the 18-year-old.