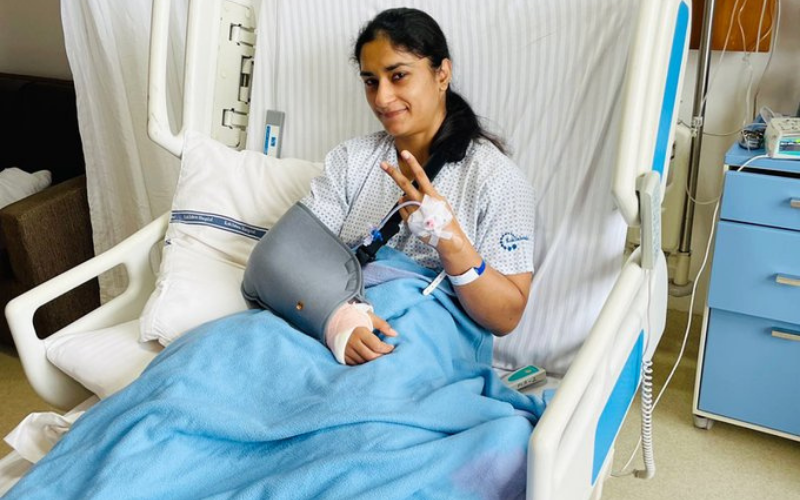 Star Indian wrestler Vinesh Phogat on Wednesday underwent surgery in her right elbow, days afr pulling out of the World Championship trails. The reigning Asian champion vowed to come back stronger from the latest setback.

Vinesh Phogat, the reigning Asian Champion, had won her opening round at the World Championship trails on August 31 but she pulled out of the second round. Vinesh did not reveal any injury concerns soon after the withdrawal as she cited dizziness for her early exit.

Elbow surgery done!
No matter how many times i fall, i will still rise ✊ pic.twitter.com/T7WmtJUA2R

"Elbow surgery done! No matter how many times I fall, I will still rise," Vinesh tweeted, along with her picture on a hospital bed.

Vinesh, who had made a shock quarterfinal exit in the Tokyo Olympics, was suspended by the Wrestling Federation of India last month for indiscipline before being let off with a warning. The 27-year-old was expected to return home with a medal but she was ousted in the quarter-final after which he was not able to make the repechage rounds.

India returned home from the Tokyo Olympics with 2 medals in wrestling with Ravi Dahiya winning a silver and Bajrang Punia winning a bronze medal.