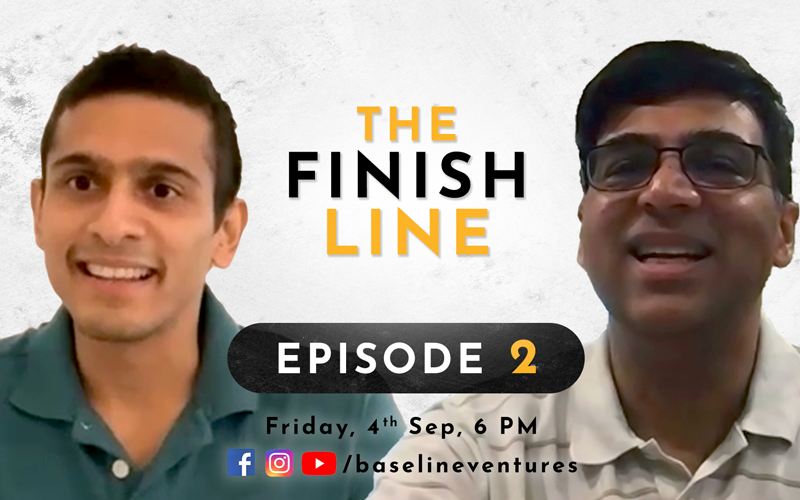 The rivalry between Viswanathan Anand and Vladimir Kramnik has been part of chess folklore for many years and it will be a chess lover's delight when the Indian chess legend Anand speaks about his battles against the Russian in detail during the second episode of “The Finish Line”, hosted by Asian Games Gold medallist squash player Saurav Ghoshal.

The show, which was launched last week with India’s only individual Olympic Gold medallist Abhinav Bindra as its first guest, is conceptualized and produced by India’s leading sports marketing firm, Baseline Ventures. "The Finish Line" is being presented by Induslnd Bank and is powered by Muse Wearables.

During the second episode, Anand will delve into how he devised tactics to create some fantastic wins over Kramnik during his career, the most important being the World Chess Championship victory in 2008, when he successfully defended his title.