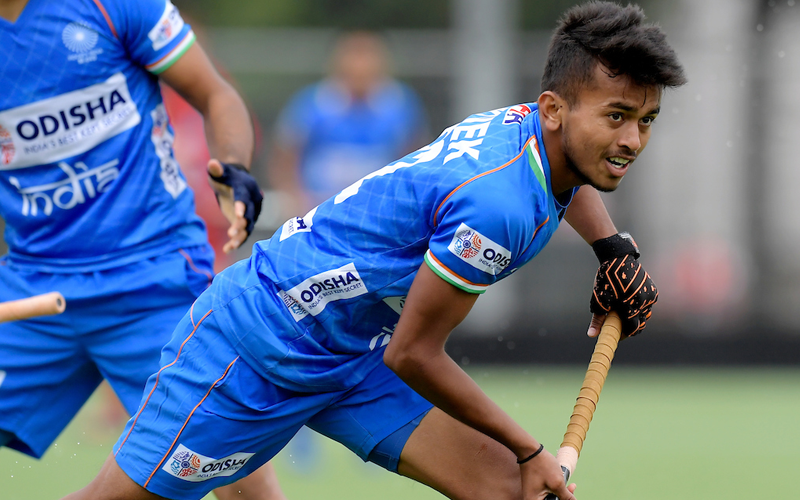 Vivek Sagar Prasad: 'The value of the short distance pass tactic was my biggest learning from the 3rd Youth Olympic Games 2018'

Vivek Sagar Prasad speaks about the aspects that have helped him evolve as a player and getting used to playing in front of big crowds.

The Indian Men's Hockey Team Midfielder Vivek Sagar Prasad has been in the thick of things since making his Senior Team debut in January 2018. The 20-year-old has played a key role in the Indian team's victories at the FIH Men's Series Finals and the FIH Hockey Olympic Qualifiers last year. However, leading India to a Silver Medal at the 3rd Youth Olympic Games will always be one of the most special moments in Prasad's career. The Midfielder expressed that he understood the importance of short distance passes in that competition.

Read: At the age of 17, promising Hockey talent Mumtaz Khan is defeating the odds to turn into a world-beater

Prasad, who was adjudged the FIH Rising Star of the Year 2019, expressed about the aspects that have helped him evolve as a player.

"I have always worked very hard during practice sessions and I have only focussed on the present. I don't think too much about the future. I follow all the directives given to me by our Coaches diligently and that has helped me become a better player," said the Midfielder.

When asked about the activities he carried out during the 14-day self-isolation period after returning to the Sports Authority of India campus from home, Prasad said that he mostly focussed on his fitness drills.

"It was really nice to meet my family during our break. We carried out our 14-day self-isolation period once we got back to the Sports Authority of India campus in Bengaluru. We carried out the workout schedules given to us in our rooms. I mostly spent my time focussing on fitness drills and watched television as well," said the Midfielder.