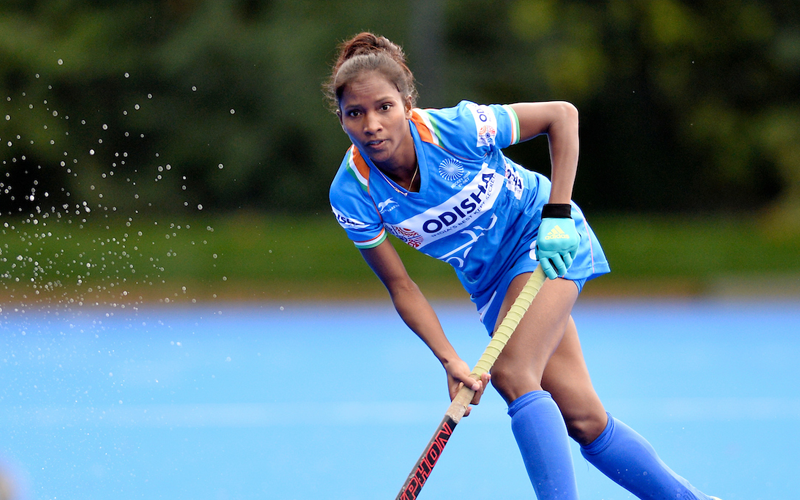 The midfielder was a part of the Indian Women's team which took part at the Rio Olympics 2016, but wants to win a medal at Tokyo.

While some people may just indeed be born confident, there are others who get it through achieving their goals. One such person in the Indian Women's Hockey Team is Nikki Pradhan. The dynamic Midfielder opened up about her journey from a small village of Hesal in Jharkhand to becoming an Olympian in 2016.

Having grown up in the district of Khunti in Jharkhand, Nikki remembered she wasn't always that confident, and had to take the hard road during her journey to the Indian team, but says it was worth it. "I come from a place which is actually the hotbed of women's hockey, and it was definitely a very tough journey because back then you would have limited resources."

"At times it was difficult for me to imagine being a professional hockey player, but I think the hard work that I put in, and the support that I received from everyone around me, really proved to be a boost. I started representing the state, which eventually led me to a national team call-up," said Nikki. "I think another factor was that I had some big names from my state that I looked up to, especially in women's hockey. I decided I would do everything possible to give my best and represent India one day, and here I am," added Nikki, who has over 110 International Caps for her country.

Having witnessed a lean phase, Nikki says that hockey is on the rise again in Jharkhand, and she expects more girls to make it to the national set-up. "With Salima (Tete) in the squad, you can see how talented the players in Jharkhand are. She (Salima) has developed really well in the past couple of years, and its good to see someone from my region in the team," she said. "It also proves that the sport is again developing constantly, and that players are taking it seriously. I certainly expect a lot more players to make it to the squad in the upcoming years."

The 26-year-old was a part of the Indian Women's Team which qualified for the Rio Olympics 2016, but says her aim is not limited to just being an Olympian. "It was a huge moment for all of us in 2016, I think we were overwhelmed that we had made it there after 36 years. But I believe that was just the start. I have always dreamt of an Olympic Medal, and I know the rest of the girls also want to be known as Olympic medallists, and not just Olympians. So whenever we step foot in Tokyo, we will do everything to make it to the podium," said a confident-sounding Nikki.