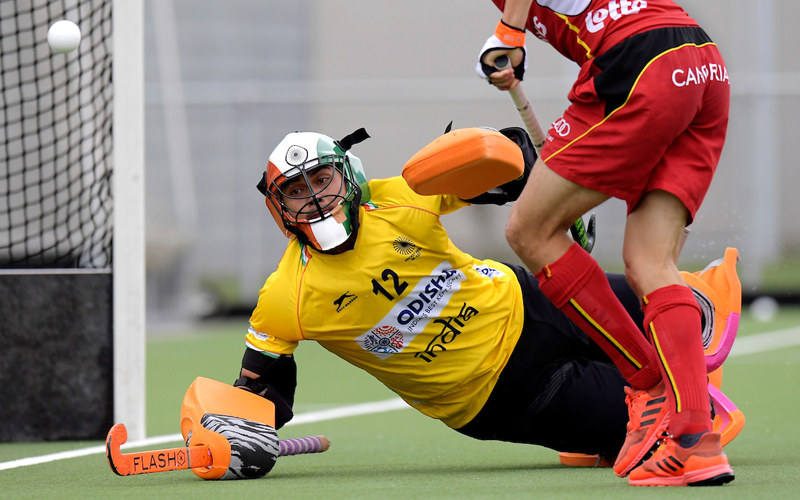 The Indian Men's Hockey Team currently in SAI, Bengaluru for the National Coaching Camp are closely following the ongoing FIH Hockey Pro League matches. On Tuesday, the Netherlands beat Great Britain 1-0 on home ground in Amsterdam. Floris Wortelboer was the lone scorer of the game while the goalkeeper Pirmin Blaak's exploits at the post ensured the home team defended their lone goal. "I was quite impressed to see the Netherlands defend the score. Their goalkeeper Pirmin Blaak made very good saves. It is interesting to see Netherlands trying out new players in these matches. It is important we are aware of how they play and what they bring to the match. We will be further analyzing this match with the whole team on Wednesday when we have a meeting," stated India goalkeeper Krishan Bahadur Pathak who was also part of India's FIH Junior Men's World Cup feat in 2016.

With no further tournaments this year for the Indian Team, Pathak said it is important players bring out their best in every session in the camp. The emphasis has been on creating match-like scenarios in training sessions. He said, "October onwards, the Chief Coach has increased our intensity and work load. It is important we bring our 100 per cent to every session. We create match scenarios in training sessions and ensure the intensity which we execute is the same as when we play a big team like the Netherlands or Belgium," Pathak explained.

While the Core Probable Group has been working on returning to their old form, players are also ensuring all the safety measures are being followed. "We are very fortunate to be in a bio-secure environment here at the National Camp. Hockey India has ensured there is no big gap in our training and preparations for the Olympic Games. We have been provided with everything we require in the Camp and our focus is on increasing the work load gradually and hitting good form by the time we begin competing next year," he added.