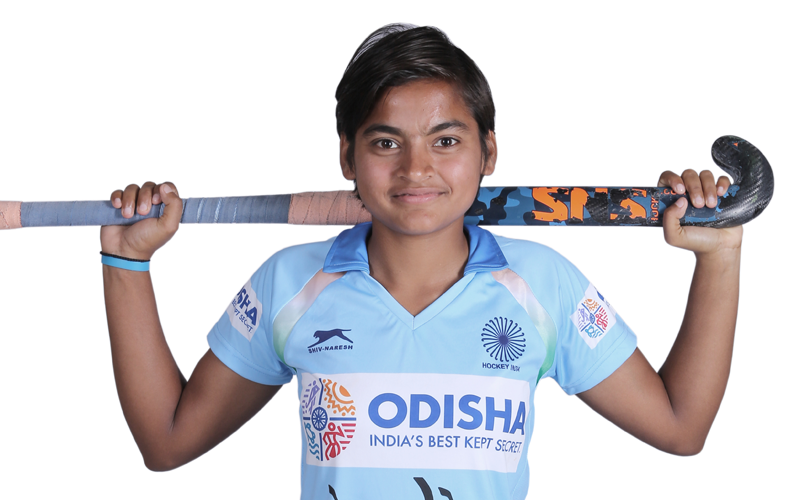 "We are very fortunate to have role-models such as Deep Grace Ekka and Gurjit Kaur," says Indian Junior Women's Defender Simran Singh

Simran Singh speaks about her idols in the Indian Senior Women's Hockey Team and her immediate goals for the future.

The Indian Junior Women's Defender Simran Singh, who is still finding her feet in the junior international circuit, expressed that the aspiring hockey players in India are very lucky to have role-models such as Indian Women's Hockey Team players Deep Grace Ekka and Gurjit Kaur. The 19-year-old, who has played three matches for the Indian Junior Women's Team so far, said that she has learned a lot by watching Ekka and Gurjit from close quarters.

"The young hockey players in India, especially Defenders, are very fortunate to have role-models like Deep Grace Ekka and Gurjit Kaur. Ekka has shown all of us how to be a consistent performer at the highest level for a long period of time and Gurjit has portrayed the importance of a drag-flicker for a national side. I have learned a lot by watching the way they train for tournaments in National Camps. I hope I can be as good as them someday," said Simran.

When asked about her immediate goals in the future, Simran said that she is practicing hard to book a place in the Indian Junior Team for the Junior Asia Cup which is slated to be held in April 2021.

"My sole goal at the moment is to book a place in the side which will play in the Junior Asia Cup. I have played only the 4 Nations Junior Women Invitational Tournament in Dublin (2019) in my career so far. However, the competition was a great experience for me and I have honed my skills further after the tournament. I have been working very hard on my game and hopefully, I'll be able to make it to the Indian Junior Team in April. It's a very important tournament for us," said the Defender.

Simran further added that the Indian hockey players have been able to resume their practice only because of the efforts taken by Hockey India and SAI in the last few months.

"It was really difficult to be away from the pitch for a long period of time this year, however, because of the efforts taken by Hockey India and SAI, we were able to resume our practice here at the SAI campus in Bengaluru and focus on the Junior Asia Cup in the last few months of 2020. Hockey India and SAI ensured that all procedures were in place which allowed us to think about only our game," said the 19-year-old.