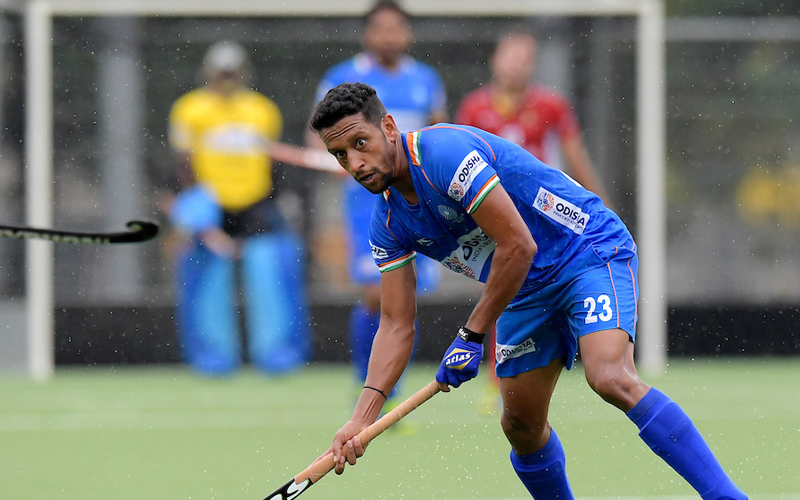 We have become much more aggressive under Reid: Gurinder Singh

Gurinder Singh looks back on how he has evolved as a player since being part of the Gold medal-winning Indian team at the Men's Hockey Junior World Cup in 2016.

Gurinder Singh has had a roller-coaster ride in the international circuit since being part of the Gold medal-winning Indian team at the Junior Hockey World Cup in 2016. The Defender, who has been in and out of the Indian Men's Hockey Team, expressed that his immediate goal is to book a place in the Olympic-bound team.

"I am working extremely hard to book a place in the Indian team for the Olympics at the moment. Keeping myself fit is my number one priority during the lockdown period and I am carrying out some stickwork drills as well. Playing for India at the Olympics has been a dream since childhood and hopefully, I will make it to the squad and contribute to India winning a medal at the quadrennial event," said the 25-year-old. Looking back at his career, Gurinder spoke about the high of winning the Men's Hockey Junior World Cup in 2016 and finding his feet at the highest level.

"The Gold-medal victory at the Men's Hockey Junior World Cup in 2016 was a big turning point for me. My performances were noticed and eventually, I made my way to the senior team. I have gone through a lot of ups and downs since I made my senior team debut at the Sultan Azlan Shah Cup in 2017. I have been part of the squad for big tournaments such as the Commonwealth Games in 2018, but I have missed out on a few competitions as well. It was great to return to the squad for FIH Hockey Pro League matches against Australia earlier this year. I have learned a lot about my game in the last three years and therefore I am in a good position to build on my skills and look to make a bigger impact on our matches in the future," said the Defender from Punjab. Speaking about the influence of Chief Coach Graham Reid, Gurinder said the Indian Men's Hockey Team has become much more aggressive under him.

"It's been over a year since Chief Coach Reid has joined us and I am sure one can see the difference he has brought to the side since April last year. We have become much more aggressive in our approach and therefore we are creating many more goal-scoring opportunities. It was amazing to see him shift focus from working on team tactics to the development of each and every player during the Senior Men National Coaching Camp in November last year. Since there was a lot of time to prepare for the next tournament after the FIH Hockey Olympic Qualifiers, Chief Coach Reid spent time with all players and ensured that we improved on certain aspects during the camp," said Gurinder.