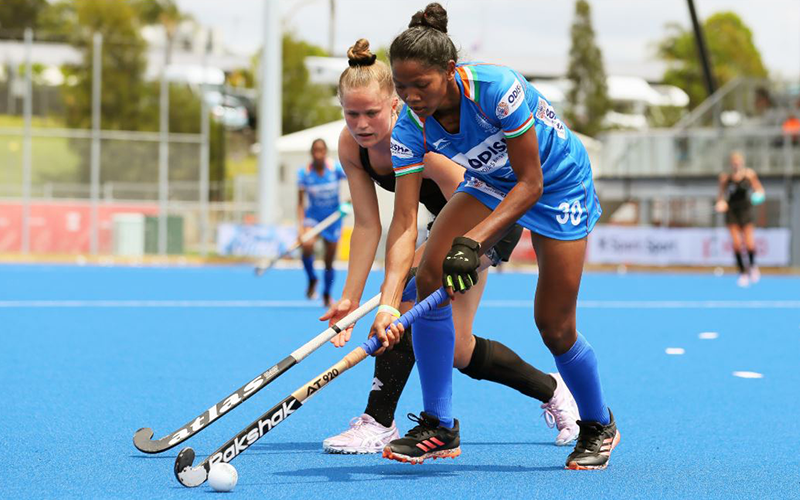 The young midfielder says her confidence to play at the senior level came from the experience at the 3rd Youth Olympic Games Buenos Aires in 2018.

Having debuted for India in early 2017 against Belarus during a Series in Bhopal, Salima Tete became a young prodigy who was touted to be the next big thing in Indian hockey. But she struggled to impress against Belarus.

While she was regular feature in the Junior India squad, it was not until 2019 that she became a regular in the Senior squad. "I lacked confidence when I played for the senior team in 2017. I was scared and that reflected on my game. It was not a memorable debut for me," admitted the 19-year-old midfielder, one of the youngest members in the Indian squad. It was at the 3rd Youth Olympic Games Buenos Aires in 2018 where she led the team along with Vice Captain Lalremsiami which changed the course of her career. She said, "It was at the 3rd Youth Olympic Games where I really stepped up my game. Siami (Lalremsiami) and I would tell ourselves before every match that we have to lead the team from the front so that the rest of the squad would play with confidence. I feel the experience I gained from this multi-discipline event was a turning point."

Tete's performance in Buenos Aires where the team won the Silver medal was praised by Prime Minister Narendra Modi who applauded her efforts on Twitter by stating, "Even at a young age, Salima Tete showed excellent leadership skills to lead the Indian Junior Women's Hockey Team to a Silver Medal at the Youth Olympics 2018. Not only did she lead and defend but also scored 4 goals. Congratulations Salima and may you have a bright future!" Tete who is from a small hamlet in Simdega district, Jharkhand has since proved her potential in the Indian team, with Chief Coach Sjoerd Marijne often trusting her with important role in the midfield and in the backline. "The seniors in the team have really helped me improve my performance. They constantly talk to me and encourage me especially when we play big teams like Australia, Spain or Japan. The year 2019 in specific was extremely good for the women's team and we have been on the right path," says Tete.