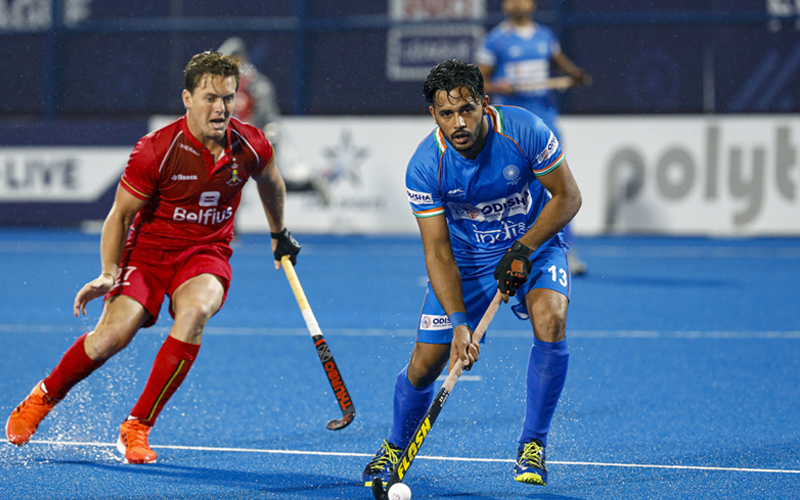 With less than 150 days to go for 2020 Tokyo Olympics, focus is on areas that need improvement: Harmanpreet Singh and Savita

With less than 150 days to go for the commencement of 2020 Tokyo Olympic Games, the Indian Men's and Women's Hockey Teams expressed the need to improve everyday without being too complacent about their recent results.

The Indian Men's Hockey Team who got off to a dream start in their maiden FIH Hockey Pro League campaign with 5-1 and 3-3 (3-1) win against the Netherlands, 2-1 win and 2-3 loss against the World Champions Belgium, and most recently 3-4 loss and 2-2 (3-1) win against Defending Champions Australia, the hunt to be a better unit will continue pointed out the team's dynamic drag-flicker and Vice-Captain Harmanpreet Singh. "Good results against world's top 3 teams is no doubt a big morale boost for the entire team but there are a lot of areas that still concerns us and when the team met after the double-header against Australia, it was decided that we will go back to basics when we meet for a four-week long National Camp in SAI Bengaluru," stated Harmanpreet Singh, who was adjudged 'Player of the Match' against Australia.

The defender-dragflicker feels the team needs to work on being consistent in all four quarters and focus on tackling outside the circle and also improve the conversion rate in goal scoring. "We have paid a price in these matches for slowing down or dropping the tempo in between quarters. This is an area of concern in the lead up to the Olympic Games. Also Coach believes we can do better in terms of circle penetration, tackling outside the circle and not conceded too many PCs," said Harmanpreet Singh. "A long camp will definitely help focus on these critical points," he added.

Meanwhile, Indian Women's Hockey team Vice-Captain Savita said the team's recent tour to New Zealand was a big learning curve in their preparations for the 2020 Tokyo Olympic Games. The team registered 4-0, 3-0 win and 1-2, 0-1 loss against hosts New Zealand while they beat Great Britain 1-0 in their five-match tour.