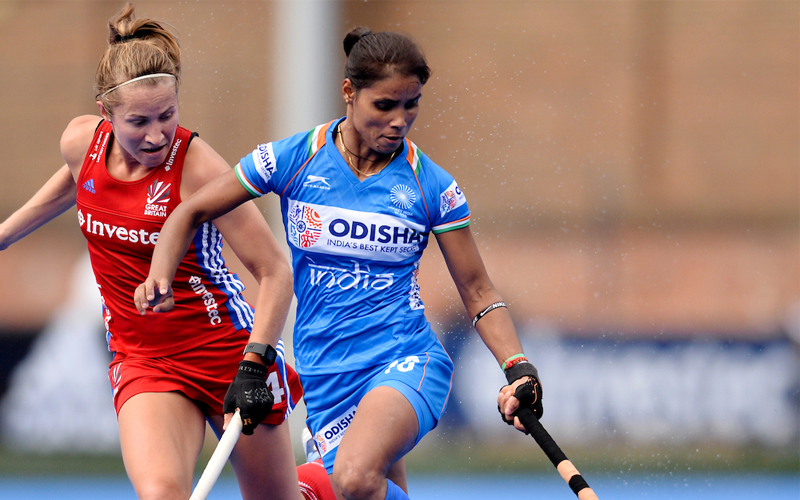 "Working hard to be sharper than our opponents when we are back," says India striker Vandana Katariya

The veteran striker believes her team will be ready to excel when they step foot on the pitch because they have been maintaining their fitness levels.

Ever since making her Senior Team debut in 2007, the Indian Women's Hockey Team's reliable striker Vandana Katariya has had to keep evolving to ensure she is giving her best for the nation. However, in her 13-year long career, the experienced striker has also developed a certain skill - to mentor young players and nurture their talent for the benefit of the team. It is a role that the veteran striker enjoys now more than ever.

"When I had started off at the age of 15, I was always very fearless. I would try to use my skills, retain possession for as long as possible and then aim for goal. But with time, I realized that you can't play like that, especially when the sport has evolved so much. I also had to evolve, and I have actually enjoyed playing for the team and my teammates," said Vandana, who has over 240 International Caps for India.

"Now with experience, and with the influx of so many young players in the team, especially in the midfield and forward-line, I really enjoy the mentoring bit. I know I have the experience which can be helpful to the younger players, and I keep talking to them about different situations that they will face on the field, and what all they can do. It is not as if I want them to follow exactly what I say, but I try to make them use their vision and think for themselves about what decisions they can make," said the striker who hails from Uttarakhand.

"For instance, when you are inside the circle, even as a striker, it is not always the best thing to shoot at goal, you have a split second to make that decision, and sometimes passing the ball to your fellow player or just winning a Penalty Corner can be a better option," Vandana expressed.

Speaking about the current predicament that the team finds themselves in, Vandana said her team is focused on working hard to be sharper than their opponents.

"Obviously the main thing for all of us is always to play hockey on the field, but this time has given us the chance to focus on other key factors which make a team so successful. We haven't been able to be on the pitch, but our minds are always on the pitch. We are trying to maintain our fitness levels as best as we can, so that when we are back, we are sharper than our opponents. Another aspect which has been talked about is how we are able to analyze different teams from around the world. We are watching various footage and with the help of our Coaching Staff, we are able to gain a lot from that," said the 2013 Junior Women's Hockey World Cup Bronze Medalist.

Placing emphasis on the importance of maintaining positivity in their thoughts during the lockdown, the experienced Forward also added, "Our Chief Coach Sjoerd Marijne has been very vocal about having mindfulness, and that has also made us realize a lot of things. We feel we are at a stature where we can end up helping other people too which we did through our crowdfunding initiative, and we are of course also lucky to have such great facilities at our disposal. We understand that not many people are blessed with this, and therefore it is a chance for us to make full use of what we have," expressed the 28-year-old.

"It was amazing to see the response that we got for the crowdfunding initiative, and we are all very delighted to have been able to provide over 1000 underprivileged families with meals. We are hopeful that the situation improves soon," Vandana signed off.