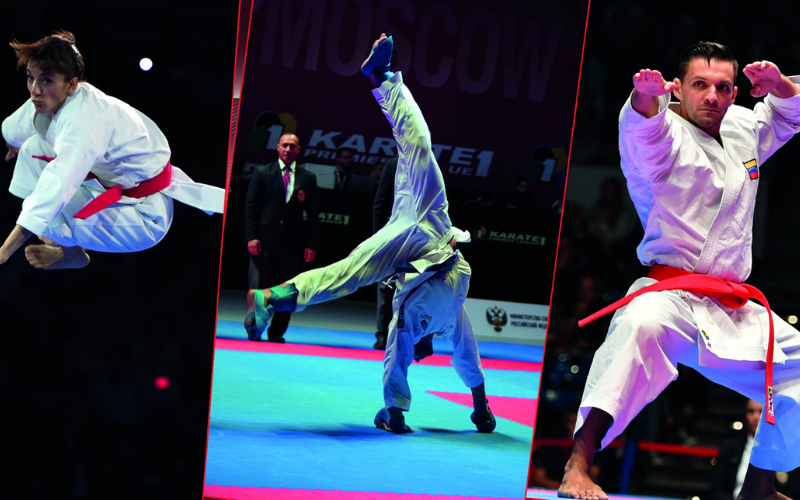 The World Karate Federation (WKF) has launched a communications campaign called #KarateSpirit as it looks to capitalise on the sport's Olympic debut at Tokyo 2020.

Fans and athletes will be encouraged to use the hashtag on social media and a dedicated "look and feel" for the campaign will be rolled out by the WKF, beginning at the Olympic Qualification Tournament in Paris from June 11 to 13.

Five key themes are part of #KarateSpirit - values, the basics of the sport, personalities, the road to Tokyo and the news surrounding karate's first Olympic appearance.

Important karate values such as honour, respect, tradition, altruism, determination and sacrifice will be included in all communications.

"With our Olympic debut just a few weeks away, we felt it was important to create a dedicated brand and narrative for arguably the most important moment in our history," said WKF President Antonio Espinós.

"The #KarateSpirit concept highlights all the key elements that make our sport so unique.

"It is dedicated to the spirit of the whole karate community, and it aims at honouring and celebrating the efforts, sacrifices and dedication of millions of karatekas at heart who are counting the days for the Olympic debut of our sport."

Karate's Olympic debut is appropriately taking place in the sport's birthplace of Japan, at the famous Nippon Budokan venue.

But the WKF suffered a blow when the sport was not included on the Paris 2024 Olympic programme, meaning that, as things stand, Tokyo will be an isolated Olympic appearance.

The COVID-19 pandemic has already delayed the sport's debut by a year, and the restrictions and reduction of fans in Tokyo mean the WKF will find it more difficult to leave a lasting impression as they bid for more permanent Olympic inclusion.

Last month, the WKF hired MSM PR & Communications to work with the governing body in the lead-up to the Games.

Eighty athletes will compete in the Tokyo 2020 karate competition, across the kumite and kata classes.

The final 24 places will be decided at this month's qualifier in Paris.